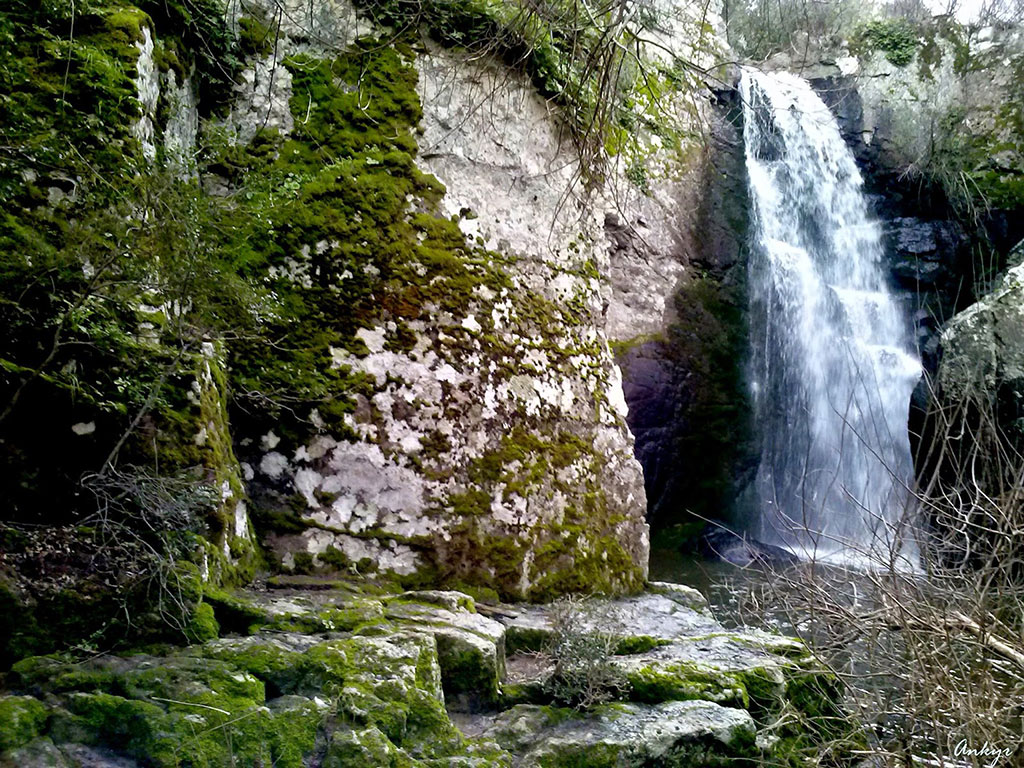 The Man’ katsa waterfall can be found in the Aspropotamos river near the settlement of Pedi. The river sweeps over the edge of a cliff and falls for 15m into a pool.

The name, which means "fierce flesh", came from the legend of a shepherdess, who lived in that place alone and drifted into "Dionysian" dancing above the waterfall, the farmboys of the area.

The waterfall was formed when a large fault cut through the ignimbrite rocks and the Aspropotamos river bed, thus creating an impressive cataract of water.

The ignimbrite rocks were formed 17 million years ago by a particularly violent eruption of the Lepetymnos volcano. The eruption caused the expulsion of hot gases along with fragments of pumice, glass, lava droplets and other pyroclastic material which, due to its fluid state, covered the ground and bonded to it. Ignimbrite lava formed flows which covered older volcanic rock land formations.

The succeeding tectonic activity and the erosion of the rock created the remarkable landscape we see today.