The lighthouse is located at the end of a peninsula on Kranai, the little islet where Paris is said to have taken Helen before leaving for Troy. You can park your car at the entrance of the peninsula and walk to it. The lighthouse is not open to the public but is a great spot to look at the view back to the town of Gythion or take a few photos. It is well maintained and hosts the Mani’s Naval Museum since 2004.

The 22-meter-high octagonal tower, built of marble from Tainaro, rises from a single-story square dwelling. The building is distinguished for its symmetry of facades and is listed as a historical preserved monument. The lighthouse was erected in 1859 and its original lens were fueled by kerosene. During World War II, it was extinguished and placed back in service in 1949 with an 800mm flashing beacon fueled by acetylene gas. This apparatus has since been replaced and now the optic sits on a bronze base and has a protective glass cover. It used to be solar powered but it is now AC operated to increase the light range which is now 14 nautical miles. The tower has a stone body and comprises a spiral staircase with 93 wedge-shaped marble steps. The lighthouse has been restored by the Hellenic Navy, and serves as a vacation rental for navy personnel.

On E. Point of Kranai I. 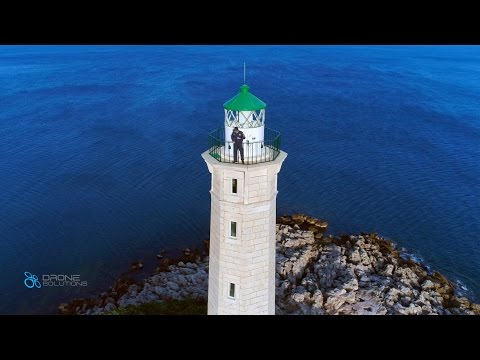