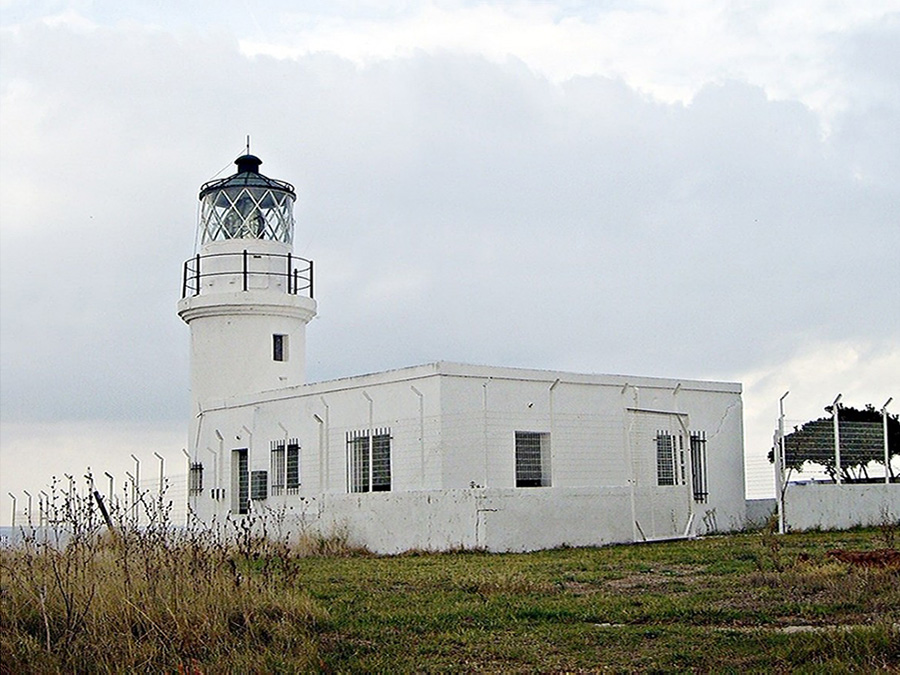 It was started in 1864, when the area was under the Ottoman Empire. He joined the Greek Network of Lighthouses on March 11, 1915. During World War II, he remained off until 1944. After that an automatic torch of acetylin was placed. In 1948, the repair and the addition of new rooms in the lighthouse were completed. New lighting fixtures were installed and acetylin operated as a power of source. In 1963 the lighthouse was electrified and operated as a supervised electrician until 1986. It was automated with a white flash per 10s and a range of 17m and a red one with a range of 10m. In addition the lighthouse also has a special sound signals which operates when is a fog in the area.

The building is a ground floor house consisting of 2 bedrooms, 1 kitchen and a WC. The tower is circle of 8m high, above the house. It is located at the eastern end of the Gulf of Thessaloniki at a focal height of 30m.
There is an asphalt road from the area of ​​Aggelochori, of which the last 150m is dirt.