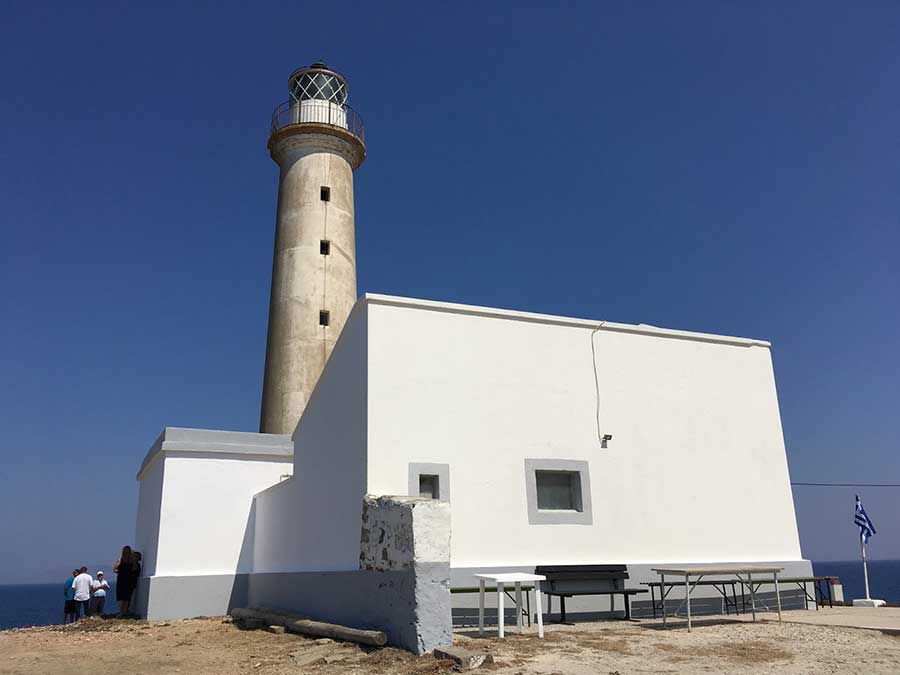 The building is a ground floor house consisting of three rooms, a kitchen and a hall. The masonry tower is circular of 21m high.

It is located on the northeastern cape of the island, 100m in the coast.