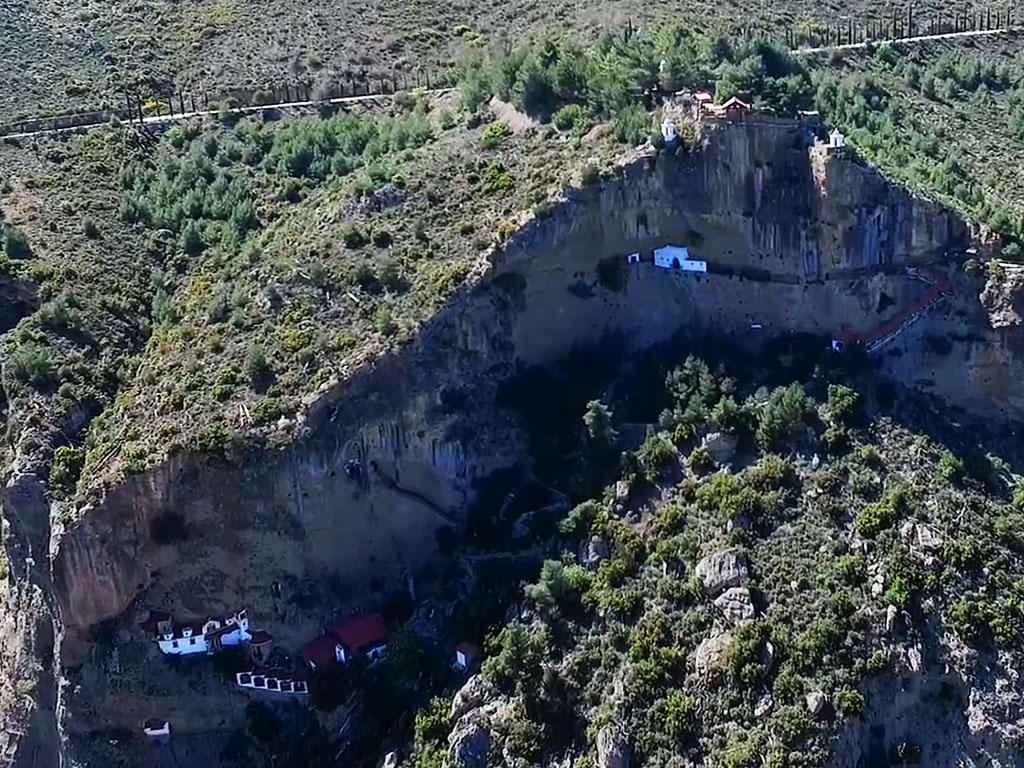 The church of "Panagia Katafigiotissa" is one of the most beautiful byzantine monuments in the region of Corinth. The church dating from 1782, is built in a cavity 40 meters deep, 10 kilometers, south of Derveni. The name of the church comes from the name of the area "Katafygia" (shelters in Greek), where the church is built. During the Greek Independence War, people from the nearby village of Zacholi, used to find refuge in the area, in order to avoid being persecuted by the conquerors.

According to tradition the construction of the church started in 1782. A nun served in the chapel until 1880, but she left it due to difficulties in accessing and living there. Years later, the residents of the nearby villages decided to renovate the building. In 1969, with great effort due to the ground they carved stairs in the rocks that connected the church with the public road that leads from Derveni to Zacholi.The church was supplied with water in 1983 while in 2002 it was supplied with electricity.

From 1996 until today, its renovation, expansion, improvement and maintenance has been undertaken by George Roussos a local resident of Ano Aegialos. With personal work and respect to the environment, the history and the sanctity of the place, he built a new entrance, reconstructed the old cell, created a secret school and connected the galleries carved in the rocks.

The church celebrates on August, 23. That day numerous believers visit the church. Right after the service a big fiesta with traditional music, traditional food and lots of wine takes place there. 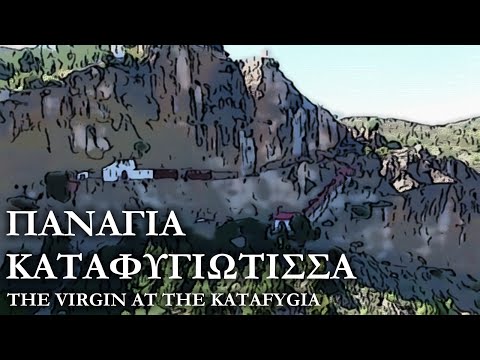