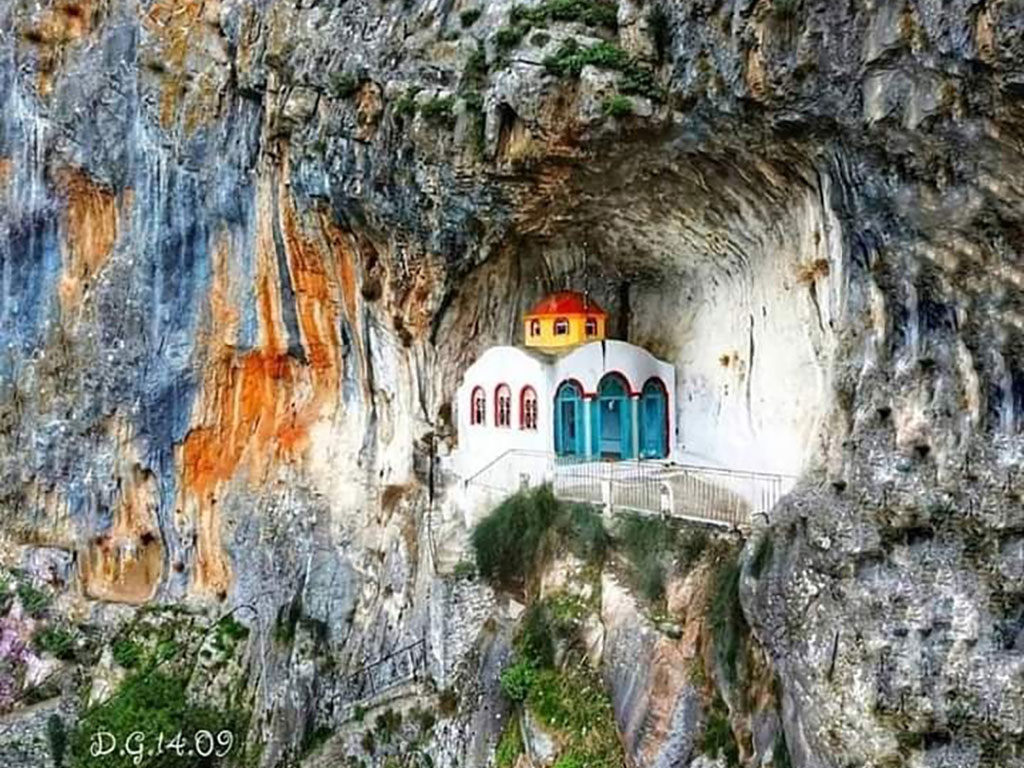 The chapel of Agia Jerusalem is built on a steep rock, near the cave of Zoodochos Pigi, in the Gorge of Krya, south of Livadia. To reach the tiny colorful chapel you have to climb approximately 700 stairs but the breathtaking view will reward you. Below the chapel stretches a ravine formed by the Erkyna river, on the left lies the medieval castle of Livadia and on the right the open-air stone theater of Krya. The interior of the temple has a bow and a stone-built iconostasis. During the Ottoman rule, it served as a refuge for the inhabitants of Amfikleia and as a watchtower for the Greek fighter, Odysseus Androutsos. Above the cave, there is a second one, the so-called "the grandfather's cell", where it is believed to have been lived an ascetic from Jerusalem.  The chapel celebrates on the first Friday after Easter Sunday. The trail to the chapel starts from the springs of Krya in the city of Livadia. 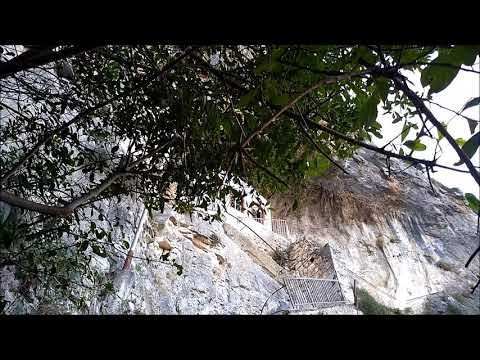