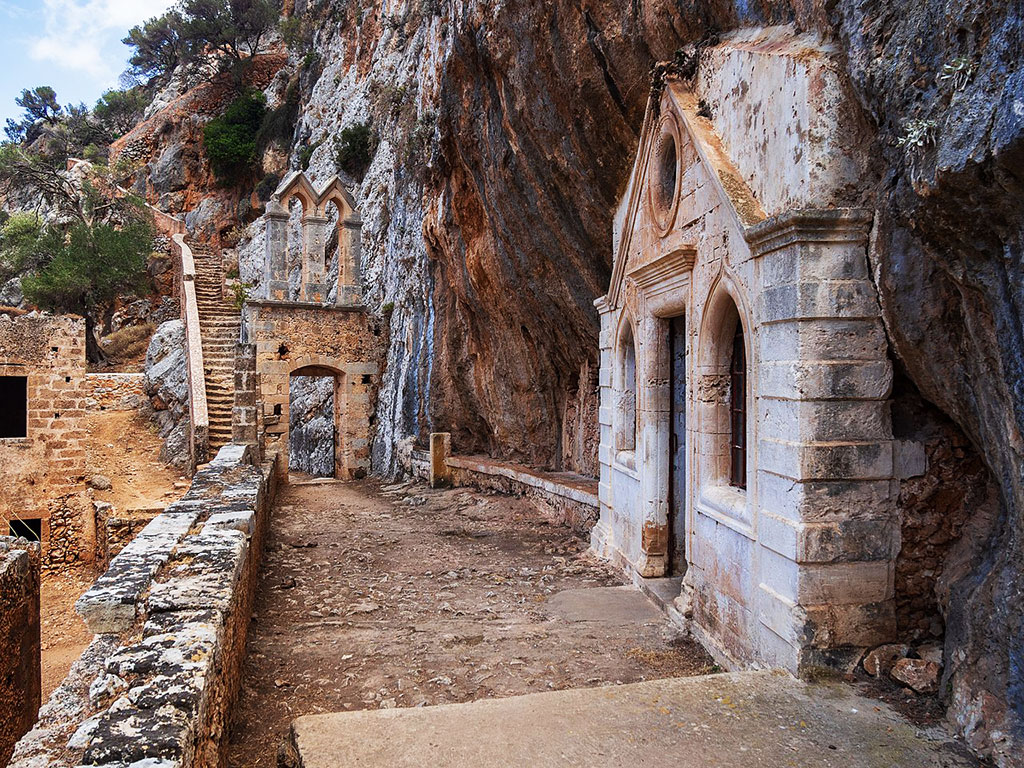 Katholiko monastery is located near the exit of the Avlaki Gorge, 20 km east of Chania. The monastery was founded in the mid-11th century by St. John the Hermit (Agios Ioannis Xenos or Erimitis) and is considered the oldest in Crete. St John was born and grew up in Egypt and in the year 1300 he and his 98 ascetic followers went to Crete. In Crete, he lived in a cave where there is now a chapel dedicated to him. The hermit spent his days in prayer and he lived such a severe ascetic life that from exhaustion he could only move on all fours in order to collect meager food. According to a legend, St. John was killed by the bullet (or the arrow) of a hunter, while he was collecting herbs. The hunter noticed an incomprehensible four-legged creature from afar and shot an arrow at him.

On the site of the saint’s last refuge in the Avlaki gorge, the monastery of John the Hermit arose, also known as Katholiko. The monastery became abandoned when the monks moved to a more remote place under the fear or pirate attacks. It is said that they founded Gouverneto monastery, but researches doubt, because Katholiko Monastery was dedicated to St John the Hermit, while Gouverneto Monastery is dedicated to the Virgin. This change would have been considered deeply disrespectful to the saint of the old monastery, so this theory is not probably right.

The monastery is now in ruins and can be accessed along a path that starts from the Gouverneto monastery (30’-45′ walking). You can still see the Cathedral of St. John and the cave he lived, the cells and the old stone bridge across the gorge. The bridge connects the church of the monastery with the opposite slope, where hermits, followers of John, lived in small caves-cells. If you keep walking for another 10 minutes, you will reach the ruins of a port used by the monastery. It is a small fjord with turquoise waters and a large rock that looks like a ship. According to a legend the ship was petrified when the pirated landed on the coast to rob the monastery and the abbot of Katholiko cursed them. Even in ruins, the monastery is still a pilgrimage site. Every year on the feast day of St. John on October 7, hundreds of pilgrims’ flock to the monastery. 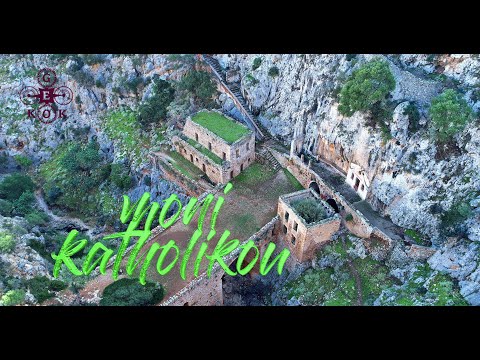