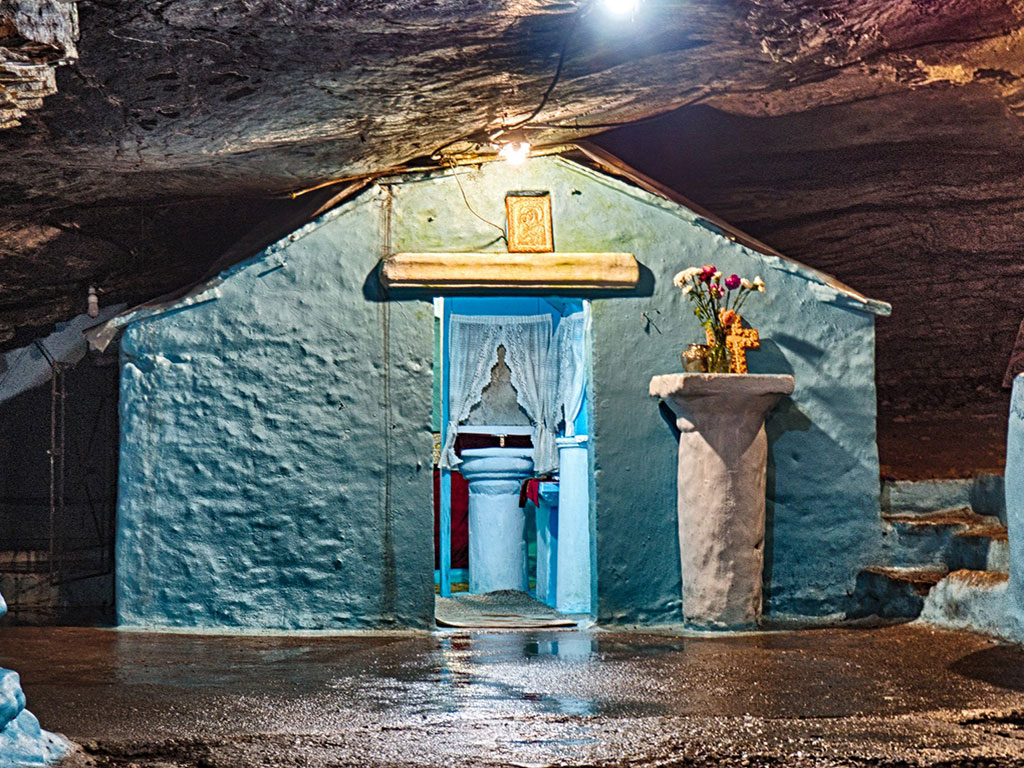 The Holy Monastery dedicated to the Presentation of Virgin Mary, is built inside a big cave (spilia means cave), a few kilometers northwest of Pythagorion. The dimensions of the cave are 120 x 36m, with a depth of 8.5m. Beside the church there is a spring with holy water gushing from the ground.

The story of the Monastery goes back to the 16th century. According to tradition local fishermen and people from the surrounding villages, saw every night an impressive light coming out of the cave. Trying to find out where the light comes from, they discovered the entrance of the cave, inside of which they found an old chapel and the old, miraculous icon of Virgin Mary.

The icon which is made by marble can still be found built-in on a rock, but it is broken into five pieces and the colors have been lost due to the humidity inside the cave. According to another legend, some foreigners tried to steal the icon and transfer it by ship. While sailing, the icon fell into the sea, cracked and floated back to land. Locals found the broken parts on the beach and put it back in its place. Since then, people call the icon "Mary Kaliarmenissa", since the icon sailed back to the island by itself.

According to ancient accounts, the cave was a place of worship since ancient times. In fact, experts claim that Pythagoras established a philosophical school, in the place where the monastery stands today. It is also possible that this place housed the Oracle of Sibyl (600-500 BC) which prophesized Pythagoras’s journey to South Italy, and his intellectual evolution.

Next to the cave, there is another church dedicated to Agios Georgios (St. George) as well as a few cells. The Holy Monastery of Spiliani belongs to the Holy Monastery of Panagia Hozoviotissa in Amorgos. It is a reverent pilgrimage and attracts many visitors from all over Greece.