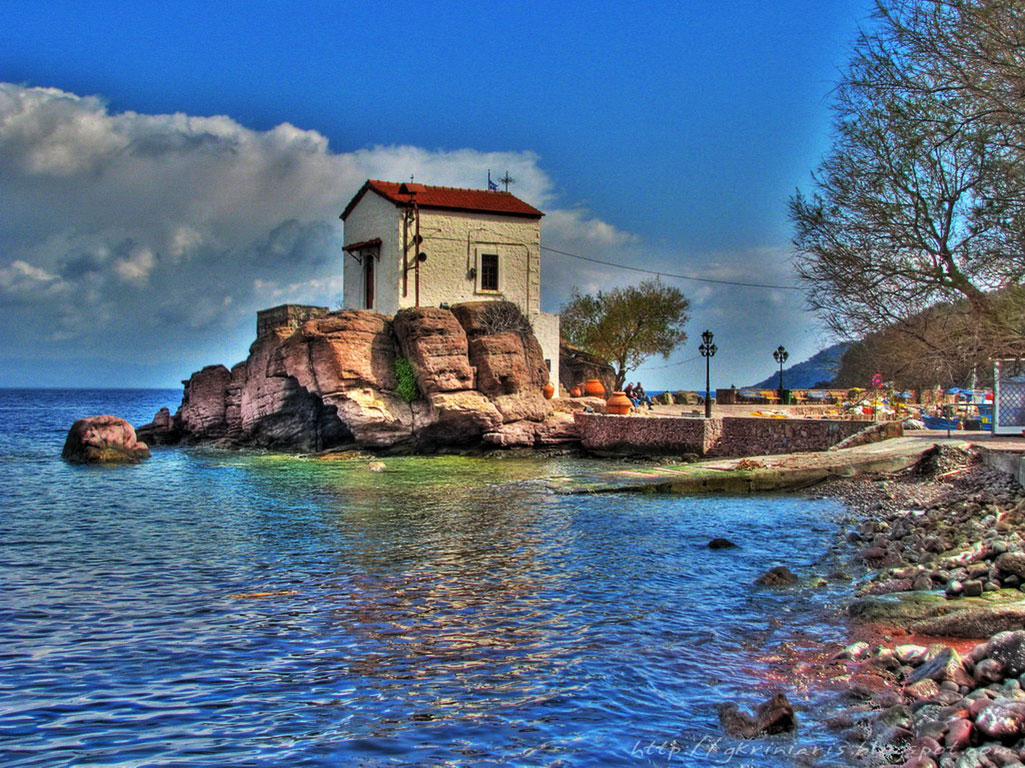 The picturesque chapel of Panagia Gorgona (Virgin Mary the Mermaid), looks as if it has been pinned to the rock at the end of the jetty, in the beautiful village of Skala Sykaminia (Sykamia), on the northern coast of Lesvos. It is the landmark of the village and probably the most photographed spot.

According to tradition, it was named after a folk fresco depicting the Virgin Mary with a mermaid’s tail. No one knows why the unknown artist chose to portray the Virgin Mary as a mermaid.  Panagia Gorgona was made famous by the Lesbian journalist, writer and academic Stratis Myrivilis (1892-1969), who was inspired from the icon to write the homonymous novel. "The Virgin the Mermaid" (1948/1949) is the third major novel written by the Myrivilis. 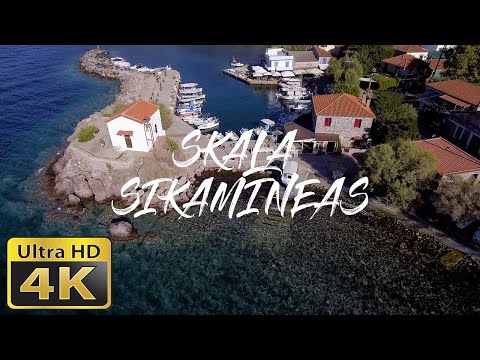