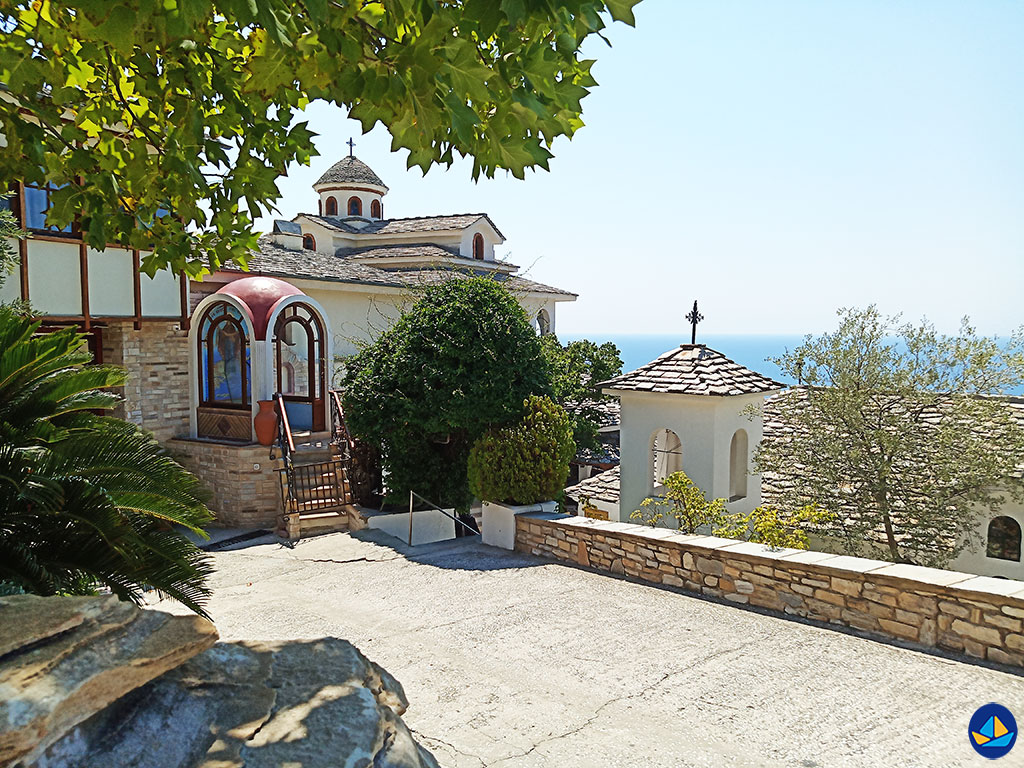 The monastery is the biggest and the most popular monastery of Thassos, constituting a significant pilgrimage. It is located in the south eastern part of Thassos and is 33km far from Limenas. It is built on a cliff above the sea surface which offers a charming view to the endless Aegean Sea and the Mount Athos.

At the end of the 11th century, monk Luke lived in a single-family life in a village in central Thassos. There, he built a chapel dedicated to St. John Bogoslov (Theolog) and the village got the name Theologos. In time, he felt bothered by the daily meeting with the locals of Theologos village, and after 14 years in Theologos, he decided to isolate himself and move to an uninhabited area on the southeast side of the island. There he built a small chapel with a dome that still exists. After a few years, he went further to the west and settled near the place where the monastery is now located.

Hermit Luke built a church in that place in 1110 AD, obbeying a command of Archangel Michael in order to treat the people, both spiritually and physically. The place where the small church was built is the place where a holy spring gushed out. According to the traditon after the fall of Constantinople and the occupation of  Thassos some irrerevent Turks tried to pollute the spring which dried up and the sacrilegious dropped dead. Afterwards the spring gushed out again, flowing until today, in a very small cave near the sea.

For people with strong physical health there is a unique opportunity to go down by very difficult path and on a steep cliff down under the monastery, where you can find a miraculous source of healing water. The spring located in a small cave where you need to enter bent over as if worshiping the Archangel Michael. According to legend who will try the healing water in this source will receive healing from various diseases. They say that the spring cures the sick who with faith on their knees come to it and wash their face.

The history of the monastery is closely connected with the Holy Nail from the right hand of Jesus Christ, which was found during the excavations of the Church of the Holy Sepulchre in Jerusalem. In fourth century, mother of Constantine the Great decided to build churches in all of the places that were important in Christ's life. During the digging for the temple of St. Resurrection, where is the grave of Christ, a Christ's Honorable Cross was found and taken to Constantinople. One of the Byzantine emperors reconstructed the monastery of Filotei on Mount Athos and gifted it with many presents, among which was the holy nail. Αfter the osman imperia seized the Holy Mountain, the monks rescued holy objects by sending them to other countries by sea. A boat with relics hit the storm and the monks landing on Thassos, hid the holy objects in the rocks exactly where stood the chapel of the Holy Archangel, and later the Holy Nail was found there during the restoration of the monastery.

The first nuns and a monk from the monastery of Philotheos settled in 1974 and worked very hard in order to transform the previously remote monastery. In the monastery complex, there are various buildings such as guest houses, monks’ cells and a large new cruciform in shape temple with dome and arches.The uniqueness and the grace of the holy relic has added to the monastery great splendor and attracted many pilgrims.  Michael Archangel is the patron saint of the residents of Theologos and the whole of Thassos.  Celebrated on 8th of November and on “Tuesday of Diakenisimou” (“Week of Diakenisimou” is the week after the Easter holy week). 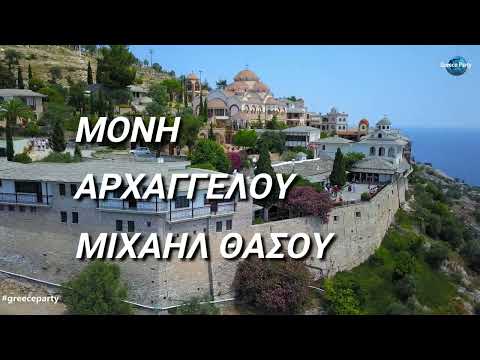