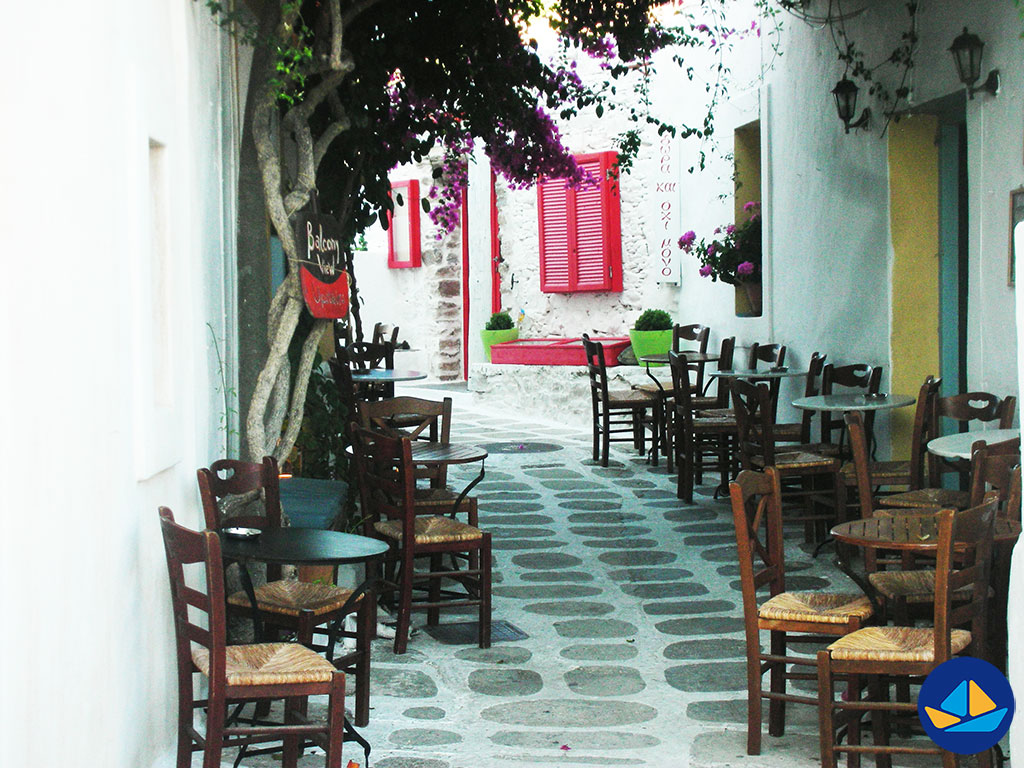 Kastro is the largest settlement on the island of Sikinos and one of the two main settlements of Chora. The two settlements are spread on two opposite mountain slopes. Kastro is built on the edge of a cliff 280 meters above the sea and is a fortified settlement of the 15th century with narrow alleys, low whitewashed houses, arcways and flowered courtyards. All these make Kastro the oldest and most picturesque village on the island.

Here beats the island's heart :  the paved square, the town hall, the doctor's office, the shops and the cafes are the core of the island's social life. Wander around to discover old stone mansions, the golden-painted wood-carved temple in the church of Pantanassa and old icons at the Byzantine Collection. The church of Pantanassa is also the landmark of the village. In the square there is the Paraporti, where it is the only surviving part of the old castle.

From Kastro begins a paved path that leads to the monastery of Chrysopigi (Zoodochou Pigi) of 1690, at the top of the village. The view to the Aegean that you will enjoy from the monastery is unique. From Kastro you can also walk to Chorio, the second and equally picturesque settlement of the island. 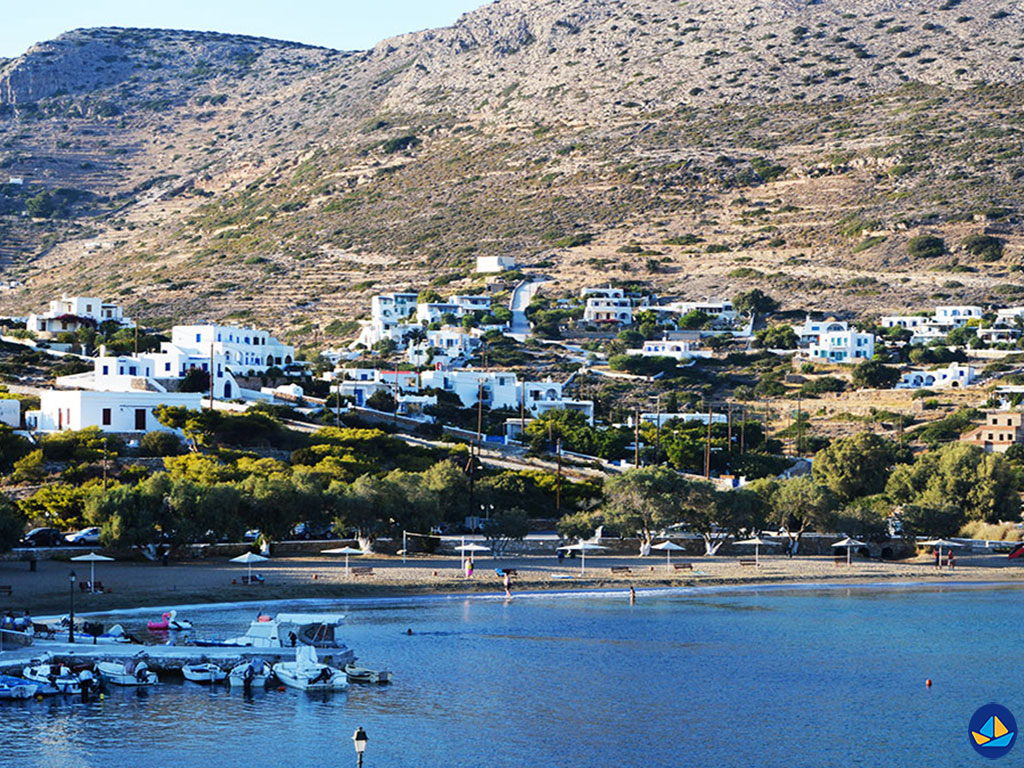 Alopronia is the small port of Sikinos. The picturesque fishing village, with the white-washed houses is located in a small natural bay, about 4 km from Chora. The ancient travelers called this bay "San Bournia" after the catholic missionary James of Bournia who was also a doctor. This name was also used on old maps. Alopronia is known for its sandy beach with the crystal-clear blue waters and the tamarisk trees that offer natural shad. From Alopronia you can take small boats to visit other beaches of the island as well as the bus to Chorio and to Episkopi. Aloproia is the second largest village of Sikinos. There you can find a small grocery, hotels, rooms to let, cafes and beautiful taverns by the sea. 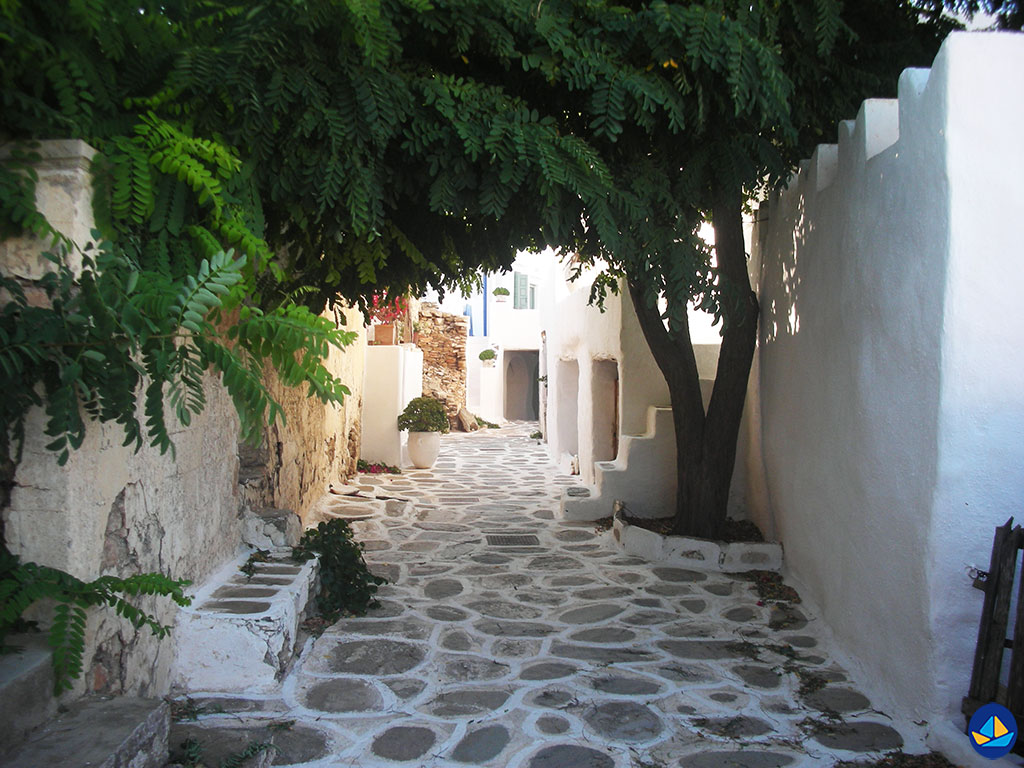 Chorio is one of the two main settlements of Sikinos. It is the oldest village on the island, built amphitheatrically on a hill, opposite Kastro. Narrow paved streets, quaint arches, old houses with beautiful yards, uphill narrow passages and an endless view make the stroll in the scenic village, unique. Chorio is not as touristic as Kastro but it is very picturesque and a must visit.