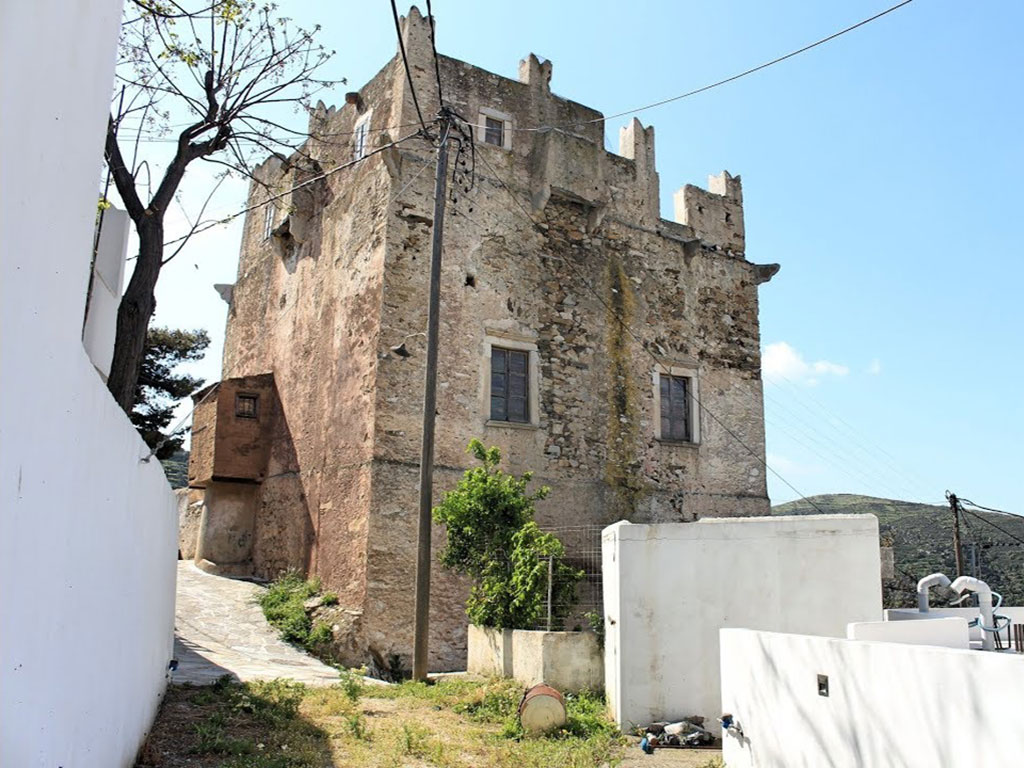 Fragopoulos Della Rocca Tower on Naxos is one of the island’s oldest fortified towers, dating back to the 14th century and is found in Kourounochori.
The three-storey building is surrounded by courtyard and features bastions, murder-holes for thwarting attackers with scalding water, and cages. A marble table is found on the veranda, bearing the inscription “1727 D.R.SCNOSPA”, a remnant from past Venetian owners of the tower, the Sommaripa family. It was later acquired by a man named Fragopoulos and now belongs to the Della Rocca family.
Legend has it that one of its early owners, the Duke of Naxos Niccolo III dalle Carceri, was murdered in the area in 1383 by Francesco Crispo, who succeeded him.