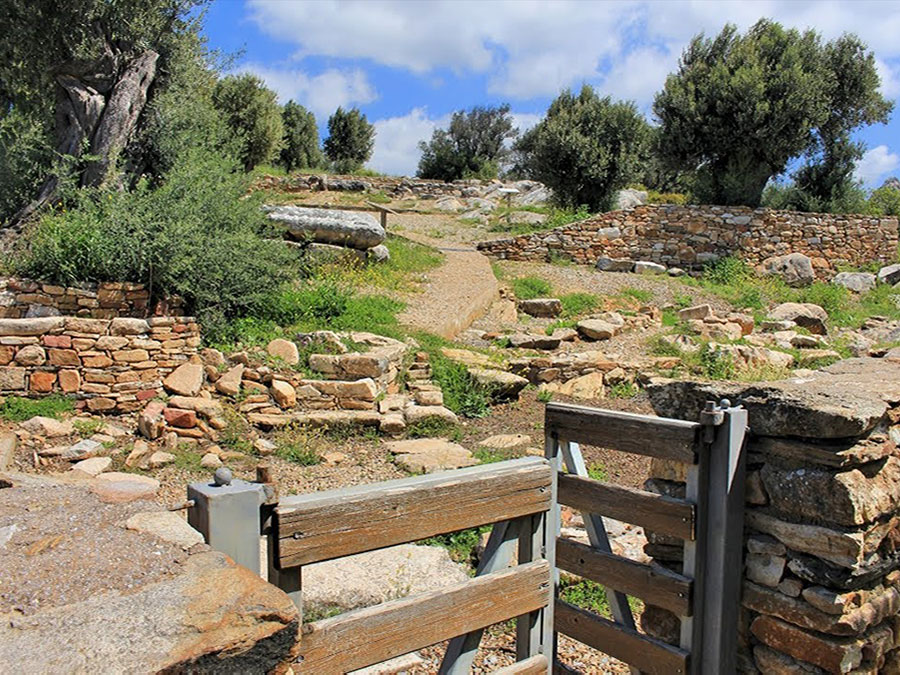 At the center of the lush district of Flerio on Naxos and just a few meters above the fountainhead of the ancient aqueduct is a sanctuary dedicated to the female deity of the fertility of the earth, and to the twin brothers Otus and Ephialtes. Worship here began around 800 BC and continued intensively up to the 6th century, gradually declining later.

The sanctuary became the favorite place of worship for the laborers in the neighboring marble quarries who attributed properties of supernatural strength to the twin deities and considered them to be their patrons and succors in their demanding job. The most common votive offerings to the temple were experimental, failed or deficient marble objects.

The worship of the female deity is deduced by clay female figurines and a host of objects related to the art of weaving, such as whorls and loom weights.

They are all exhibited at the Melanes Museum Collection. The excavations at the sanctuary unveiled three sacramental structures, outdoor areas for the worshiping of earth deities and a complex of auxiliary buildings.

Despite their rather humble character, these structures provide evidence of the first steps of Naxian craftsmen towards the mastering of monumental architecture, for instance, the single-piece marble doorstep, with a lintel and pilasters in one of the sacramental buildings, is considered the forerunner of monumental doorways.