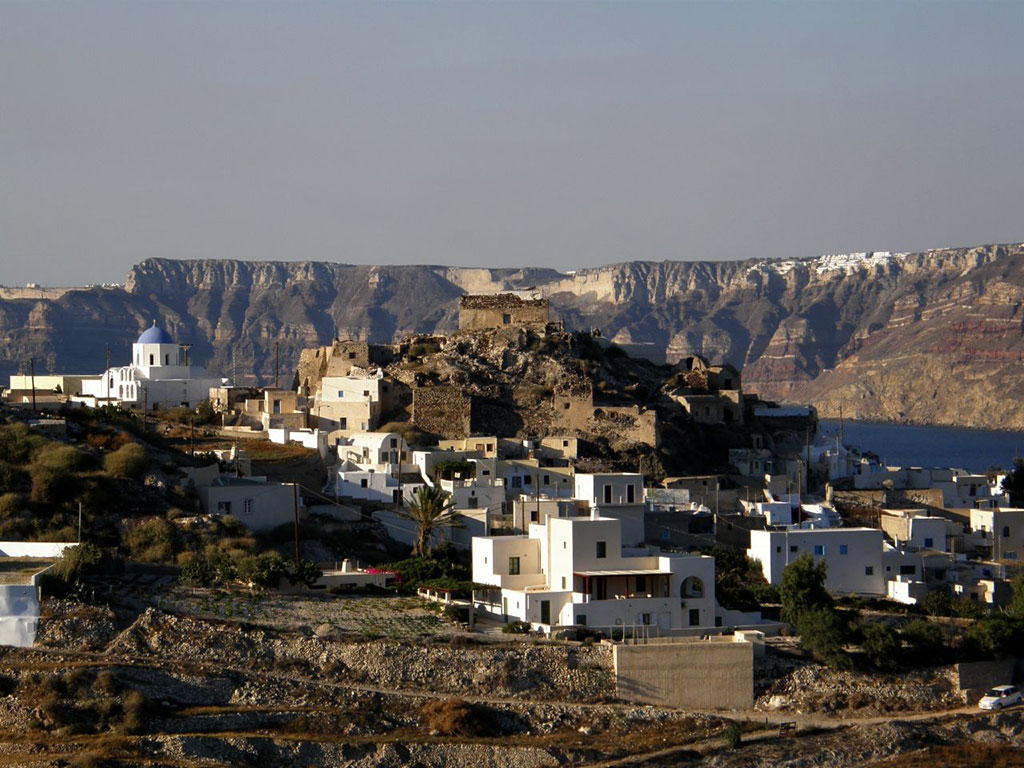 Kasteli of Akrotiri or La Ponta

It was built around 1335 and used to be called ‘Punta Castelli’ and ‘La Ponta’, which in medieval Italian meant ‘the peak’.
It was donated by Nikolas Sanudos, Duke of Naxos, to the Gozadini family, who kept the gulas under their power until 1617 even though the Turks had already invaded the rest of the island.
At the center of the settlement is situated a Goulas (tower) which was in good condition until the earthquake of 1956. There is also a second gulas at the Castelli of Akrotiri, a bit farther from the center of the settlement.
The tower today is private owned. Between the years 2012 and 2017 housed an exhibition of musical isntruments which today is closed.
Source: Kastrologos