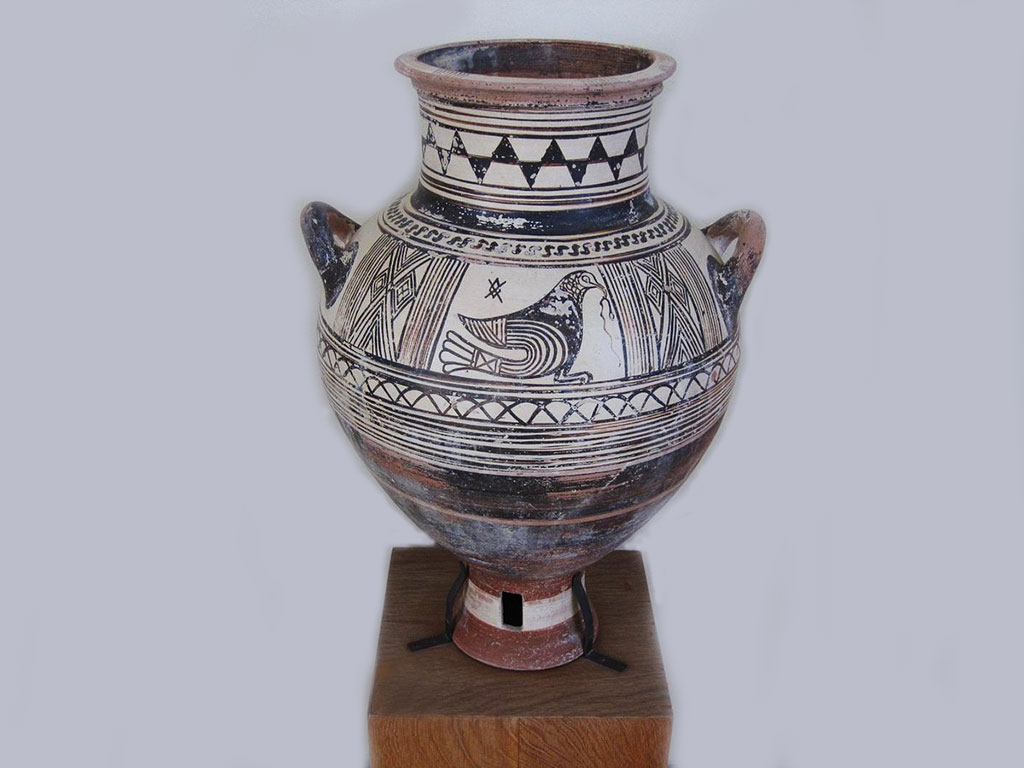 The Archaeological Museum of Thira is located in the center of Fira and its aim is to reveal the long history of the island. The contemporary building was erected in the 1960’s in order to replace the 1902 museum building, which was severely damaged during the earthquakes of 1956. The collections include sculpture, ranging from the Archaic to the Roman period, inscriptions from the Archaic to the Roman period as well as vases and clay figurines, dating from the Geometric to the Hellenistic period.

Among the most significant exhibits are an amphora with geometric decoration dating back to the beginning of the 7th century BC, a volcanic stone (trachitis) weighing 480 kilos, lifted by the athlete Evmastas, according to an inscription engraved on the stone, and various finds from the ancient city and cemeteries of Thira, such as amphoras, ceramic objects, and statues.