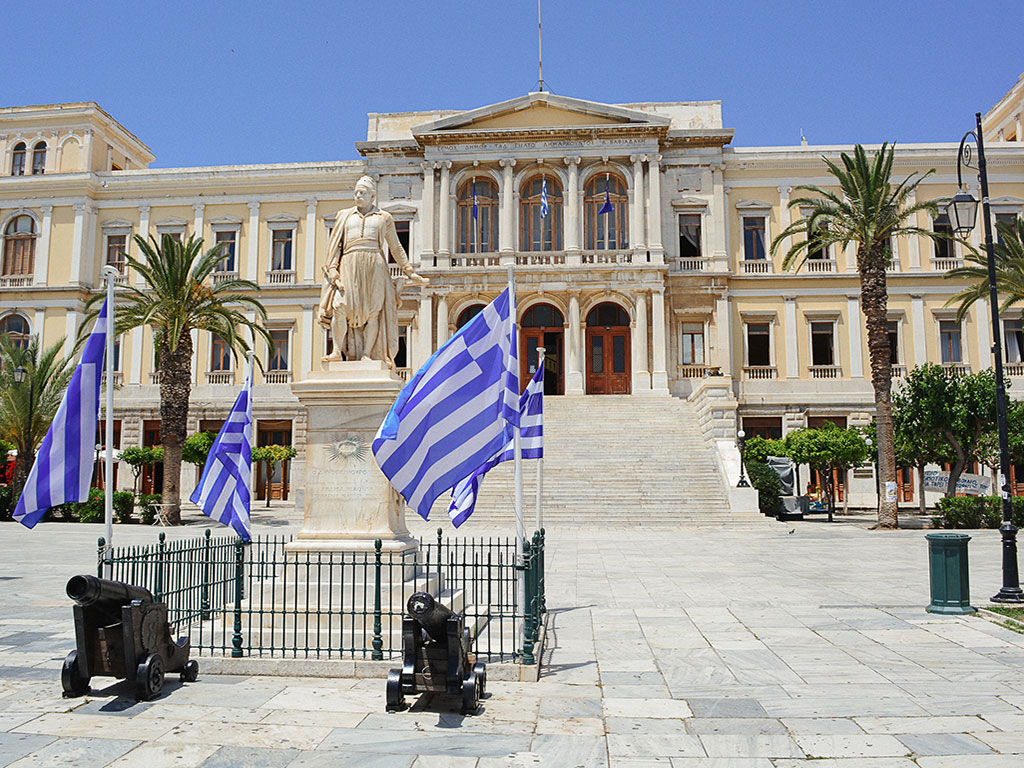 The Miaouli Square on Syros is the heart of Ermoupoli, the obvious meeting point for locals and visitors alike, the place for an evening promenade. Beautiful buildings, all creations of the 19th century, surround the square, which is dominated by the Dimarchio (Town Hall) built in 1898 according to plans by Ziller, with the grand staircase 15.5 meters wide. Leschi (Club), which now houses the Cultural center was built in 1863 and the building to the left of the City Hall houses the Historical Archives of Syros. At its center stands the statue of the Admiral of the Revolution of 1821 Andreas Miaoulis, placed here in 1899, giving its name to the square.