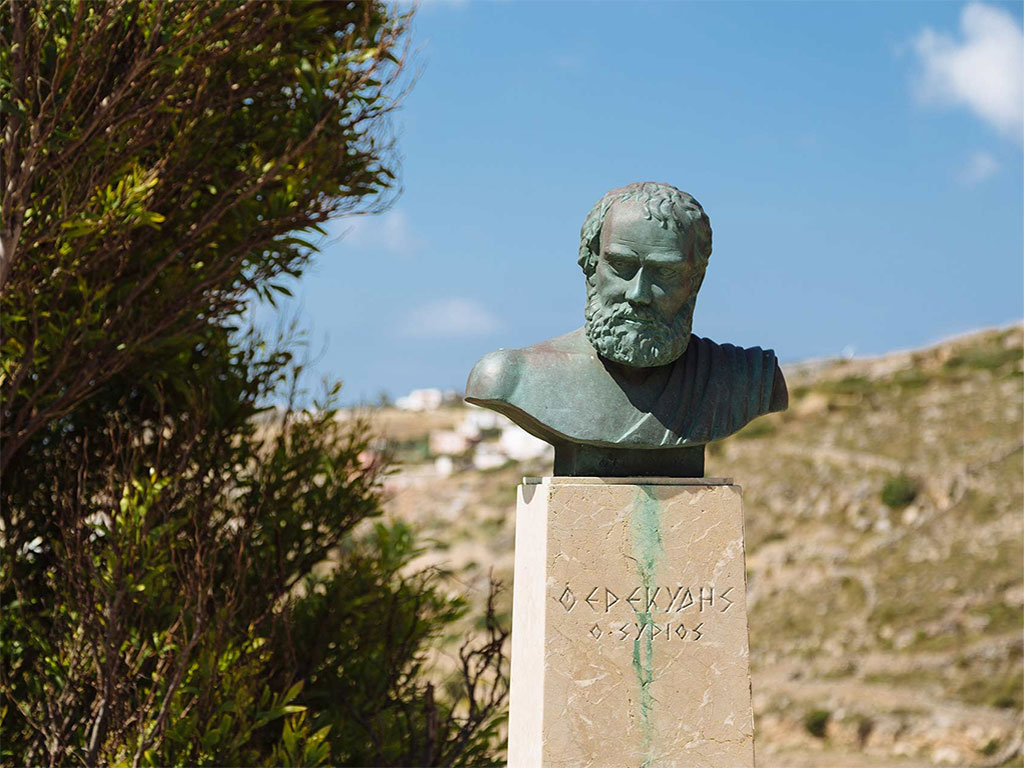 The Bust of Philosopher Pherecydes

At the top end of Ano Syros one can find the bust of philosopher and poet Pherecydes Bambyos while it is said that the famous philosopher resided in a cave just a bit after the village of Kyperoussa. Pherecydes is world renowned for his work Theogony in which he argues that the gods come from three secular elements, Zanta, Chrono and Chthonii that existed in the universe. He is also known for the most ancient solar Observatory, known as the Sunflower of Pherecydes that was found in the village San Michalis, a monumental structure that was created for the calculation of time and season according to the movement of the Sun.