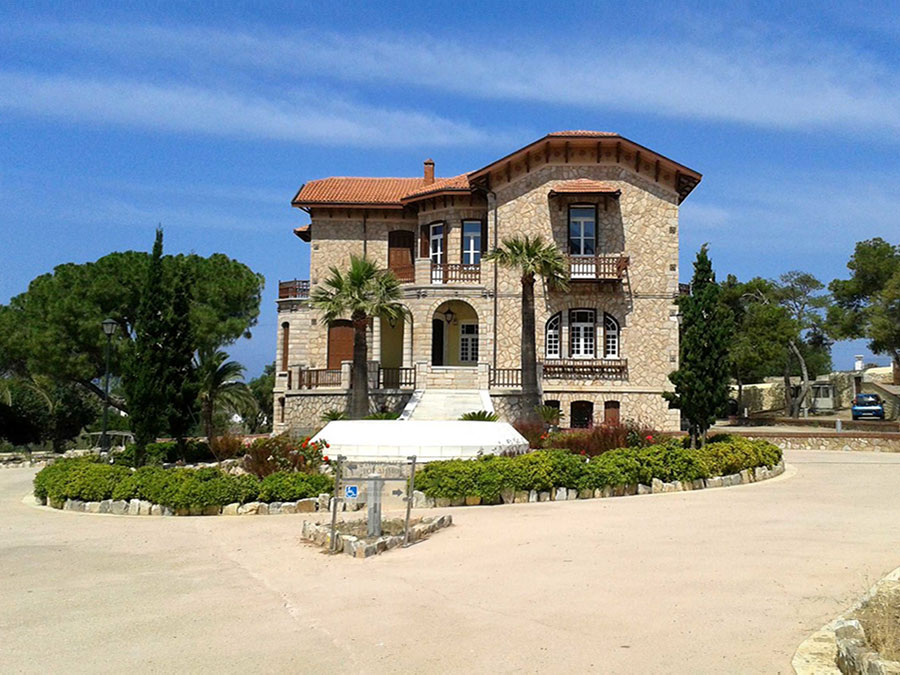 City Hall of Poseidonia of Syros

The City Hall of Poseidonia in Della Grazia is a historical stone building, great sample of the summer residence of aristocrats during the 20th century that reflects the glamour of a bygone era. Project of the Tsiropina brothers, the Villa which constitutes the City Hall was constructed in 1916 and was the residence of Konstantinos Tsiropinas, Mayor of Ermoupoli between 1887 and 1891 as well as partner of E. Saloustros at the first Tanning factory of Syros founded in 1829. Villa Tsiropina is a true artwork curated by an architect from Burgundy. A stunning Villa in Poseidonia with reception areas, lounges, dining rooms, fireplaces, bedrooms, storage rooms, kitchen areas and unique frescoes. The Villa is embraced by fragrant gardens and some auxiliary buildings that were mostly used for the parking of wagons at the time. In 1966 the Villa passes to the hands of Mark Daskos, Mayor of Ano Syros and in 2000 it is bought by the Municipal Authority of Poseidonia and used as an exhibition hall. During the following years the Villa is restored and begins to function as the City Hall of Poseidonia and as a cultural hub. Today, Villa Tsiropina is a cultural multi-space that houses several municipal services of Syros-Ermoupoli while occasionally hosting exhibitions, theatre performances, lectures, conferences and other cultural events.

The Neoclassical Mansions of Dellagrazia