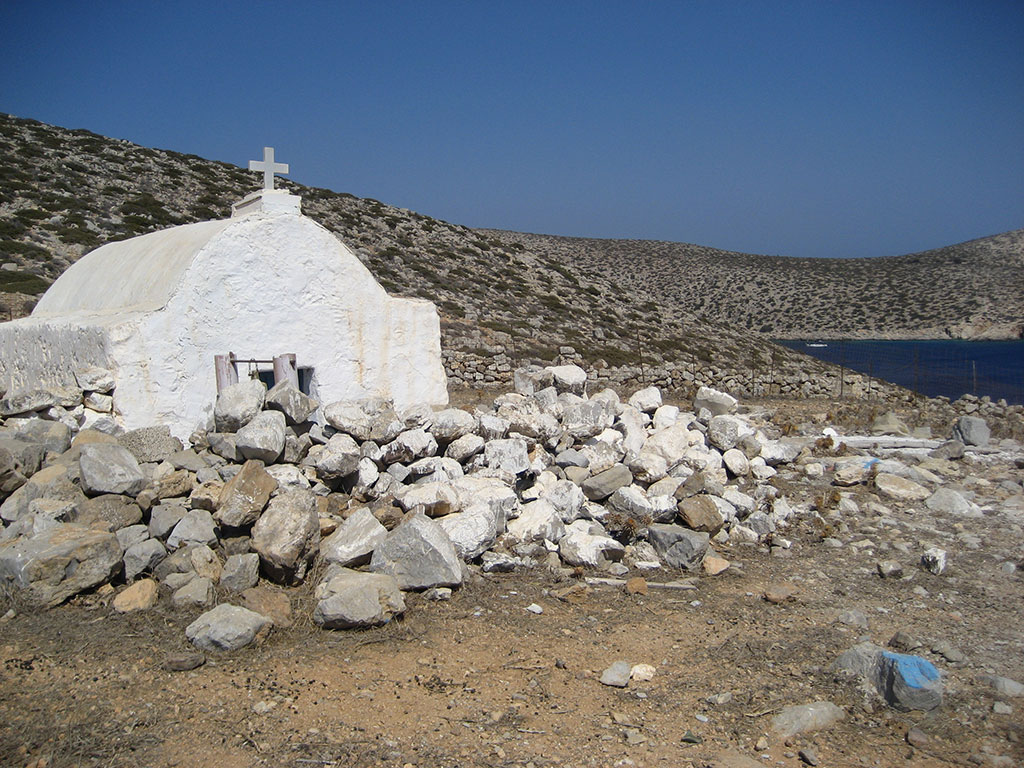 Syrna, also known as Agios Ioannis, is an uninhabited island in the Dodecanese with an area of ​​7.9 km². It is located south-east of Astypalea, right in the center of the South Aegean Sea and is the largest island of the archipelago that surrounds Astypalea. Locals raise stock and practice arable agriculture on the island which is mostly covered with scrubs. Syrna is also important for migrant and breeding seabirds and raptors including Cory's shearwater, yelkouan shearwater and Eleonora's falcon.

The island is mentioned in the Greek portolan, written before 1543 and published by Delatte in 1947. People who lived on the island in the past were mainly engaged in livestock, but they also practiced cultivation of barley on several plateaus and fields in the eastern part of Syrna.

On the islet lie two chapels, one dedicated to Agios Georgios (St. George) and the other to Agios Ioannis (St. John). On December 9, 1946 the ship Athina Rafiah carrying secretly Jewish settlers to Palestine for the establishment of the state of Israel, was wrecked on the south coast of Syrna. Eight migrants drowned trying to get ashore, while more than seven hundred of them survived.

Syrna has been declared a Special Protection Zone and belongs to the European Ecological Network NATURA 2000. The sea area in a zone of 500 meters around the islet, has been declared a marine archaeological site since 2003, due to antiquities found in the area such as fragments of pottery dating from prehistoric times to Hellenistic times. At the top of a hill there are also preserved foundations of an ancient fort.