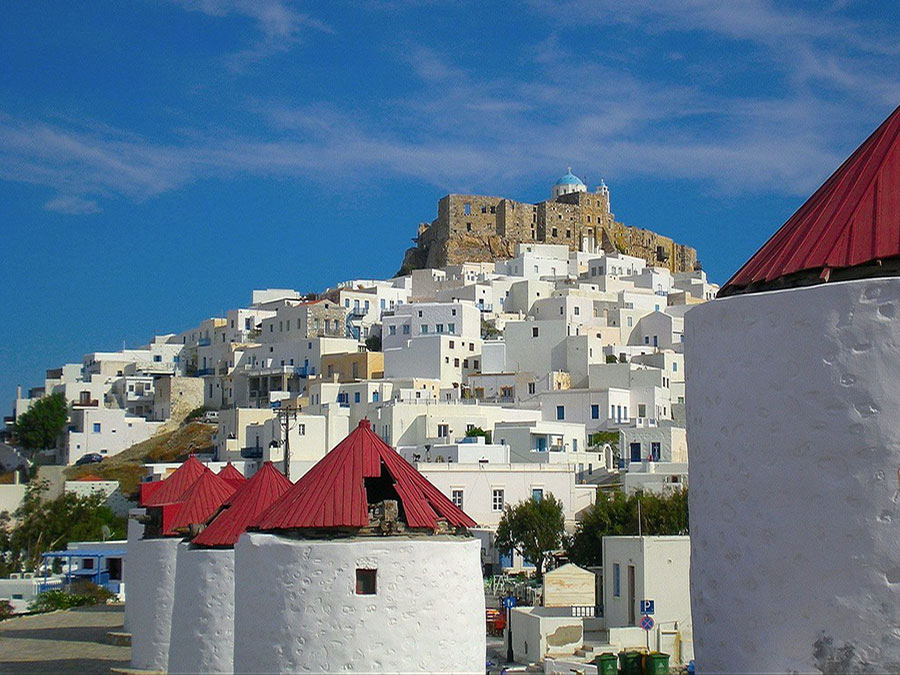 The eight traditional windmills can be found in the central square of Chora, next to the monument to the fallen also located there. Four of them are in better condition and are still used to date. One windmill is used by the municipality as a tourist information center while another as a place of exhibitions and events during the Astypalea festival.

The windmills were used by the people of Astypalaia for grinding the few cereals, produced on the island. All of them are of the same type called "xetrochari", with the fan attached to the roof rotating according to the direction of the winds. Today they are a meeting point for groups of young people, on hot summer days and nights.