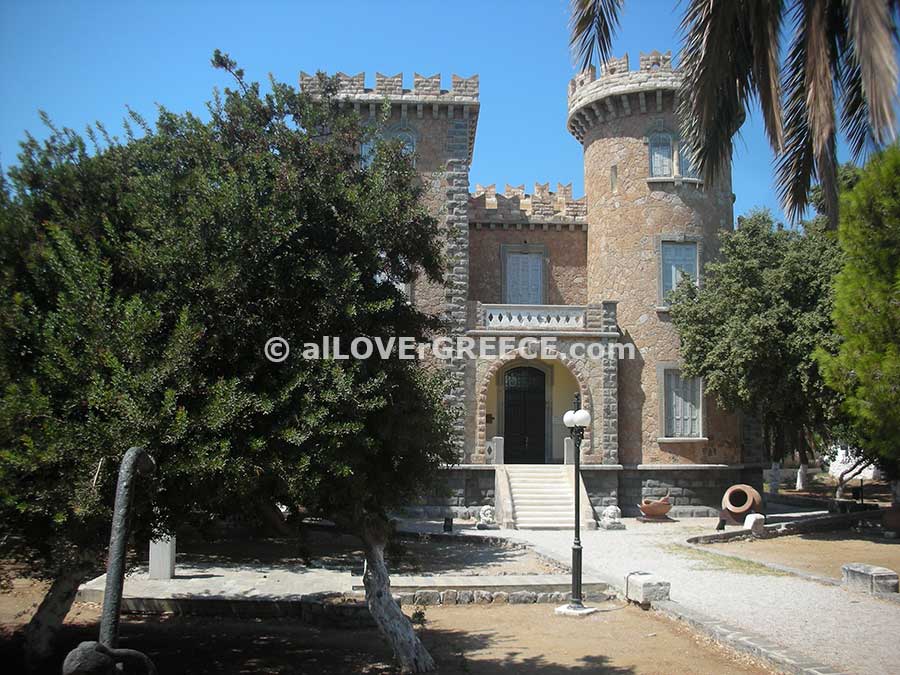 The historical and folk art museum, surrounded by a beautiful garden, dominates the coastal road of Alinta.
Belenis Tower is a perfect example of Italian eclectic architecture with Romanesque and Neo-Gothic elements.
It was built in 1927 by Parisis Belenis, a wealthy Greek from Egypt, and benefactor of Leros.
The first floor houses the exhibition of costumes, embroidery, religious utensils, musical instruments and old furniture.
The second room is dedicated to a great painter, Kyriakos Tsakiris, and the works that he created in Leros during his long exile.
The third room, with the surgical bed and medical instruments, evokes the time when the tower was used as a German military hospital.
The second floor houses memorabilia from destroyer “Queen Olga”, exhibits from the battle of Leros, in World War II, as well as from the naval battle of Gerontas, between the Greek and the Turks, that took place in August 1824.
Every summer, cultural and artistic events are held in the yard of the tower.