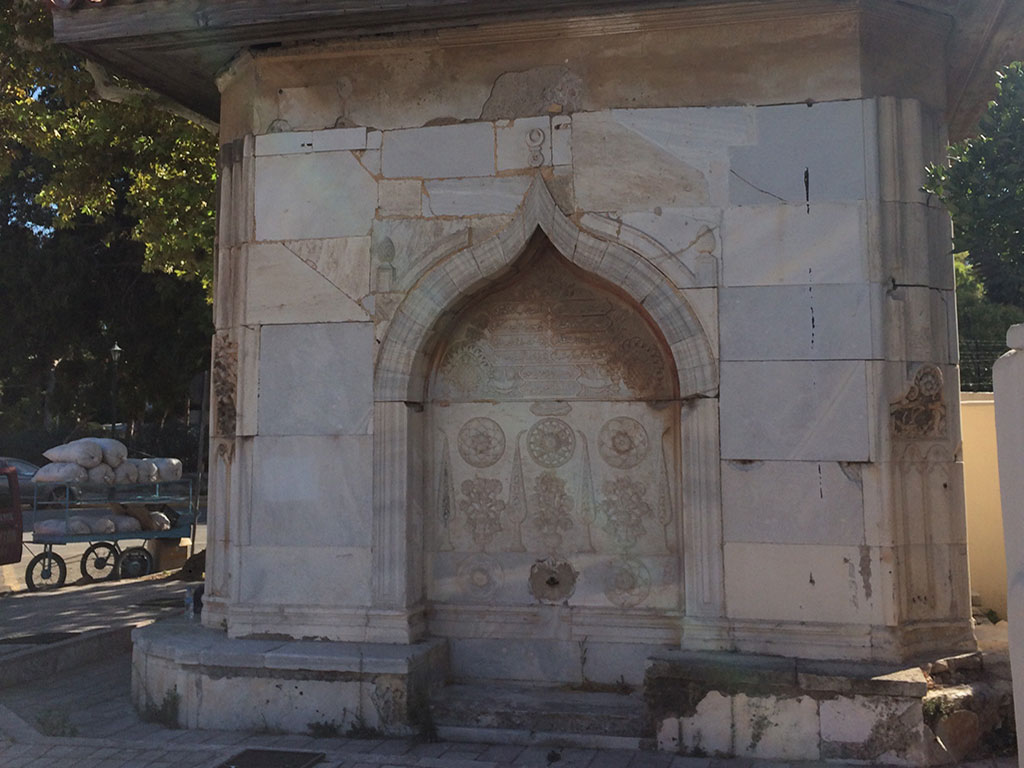 The fountain of Melek Pasha’s

The fountain of Melek Pasha’s is an example of Turkish baroque. This marble fountain is square with a wooden roof and double-carved arches adorned with plant motifs. It was donated by the Vezir Melik Pasha in 1768, according to the laudatory inscriptions on its side. The inscription on the west side confesses his Chian heritage and verifies the fact that he donated this fountain for the public welfare of his special country. The north side notes his knowledge and admiration of Greek history and his belief that Alexander the Great would be resurrected when he drank water from this fountain. Another inscription on the eastern side reveals his fondness for the Chians for whom he found the water and donated it.