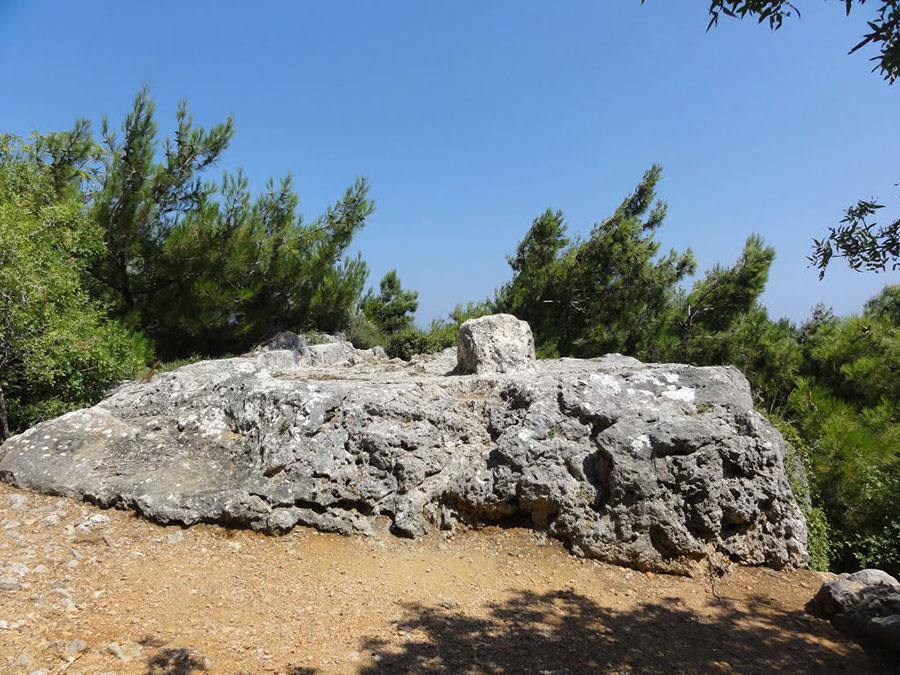 The Daskalopetra rock, which is located at Daskalopetra beach in the area of Vrontados, is one of the island’s most well known archaeological sites and it has always been a sightseeing attraction. Tradition links it to Homer and is considered to be the area where the great poet used to teach. Chios is one of the seven cities (Izmir, Chios, Colophon, Ithaca, Pyrgos, Argos, and Athens) that are claiming Homer's origin. It is considered to be the most likely among the possible birthplaces of Homer, given valid evidence by a number of ancient writers and poets. Apart from its connection with Homer, the Daskalopetra rock is also considered to be the altar of a pagan god.