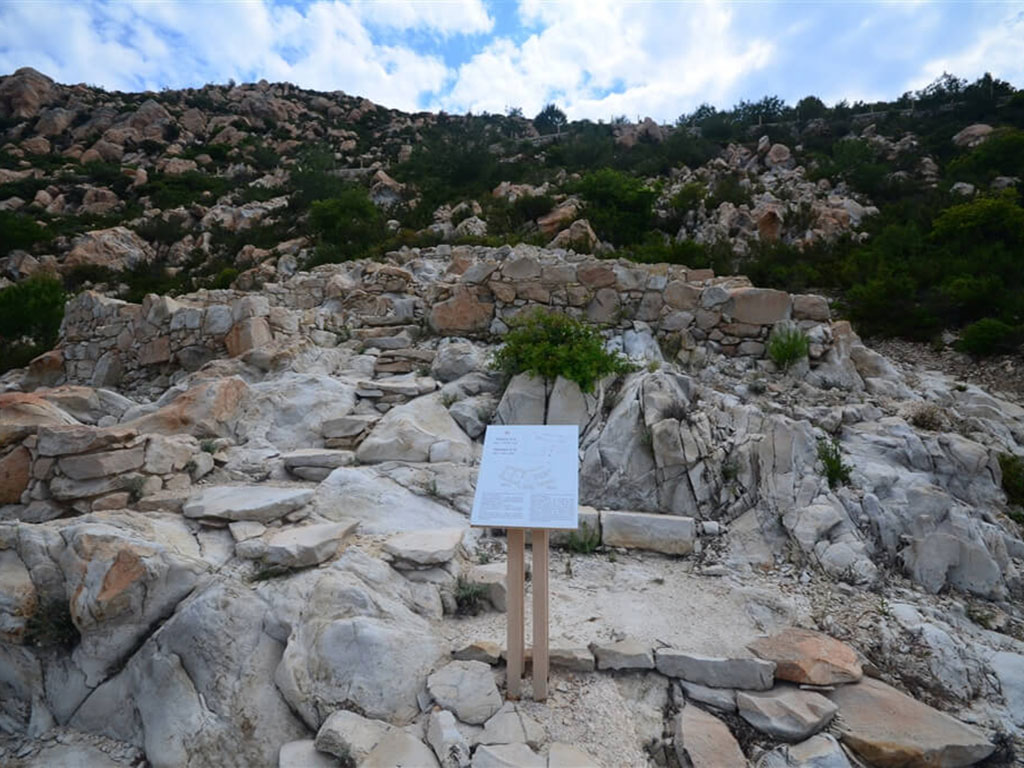 At the steep slopes of Prophet Elias hill, at the seaside settlement of Emporios, archaeological excavations have brought to light ruins of a settlement dating back to the early years of the 8th century B.C. The site of the settlement is strategic given that from there, the shores of Asia Minor, Samos and Ikaria could be seen. The upward climb is tiring, but the view of the Aegean from the archaeological site’s refreshment bar as well as the archaeological findings is well worth it. At the plateau section of the hill, slightly lower than the highest peak, at a 250m elevation is the settlement’s fortified Acropolis with the Megaron (the leader’s seat) and the altar of the Temple dedicated to Athena. Outside the Acropolis, on the steep slope of the hill is the main settlement with over 50 houses built on spacious level ground. Yet another sacred temple has been excavated on the South side of the Emporio harbour.