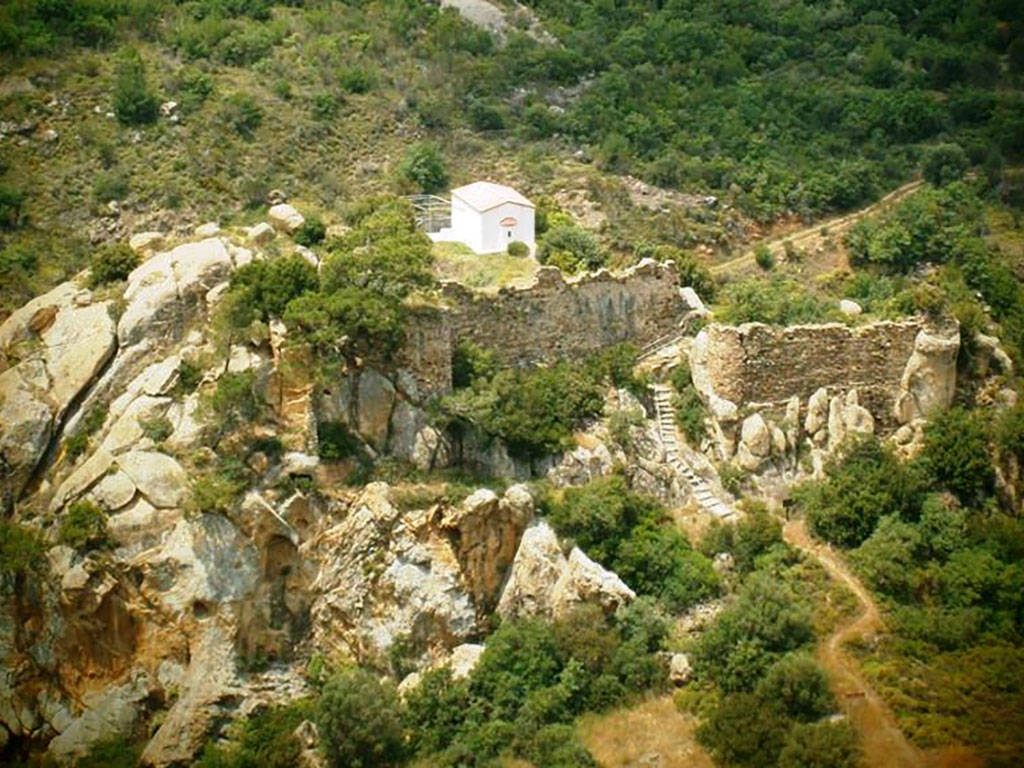 Located at the top of the lofty rock, which is the site of the chapel of Agia Paraskevi overlooking the densely vegetated ravine of Kampia.
The fortress stands on a rocky outcrop and is built on a relatively small scale. It is a typical medieval fortification that skilfully takes advantage of the natural defense provided by the rock. Elements of its external fortification are still visible but none of its interior installations have been preserved.
There may have been a central building, on whose site the Church of Agia Paraskevi, dating from Byzantine times was later built.