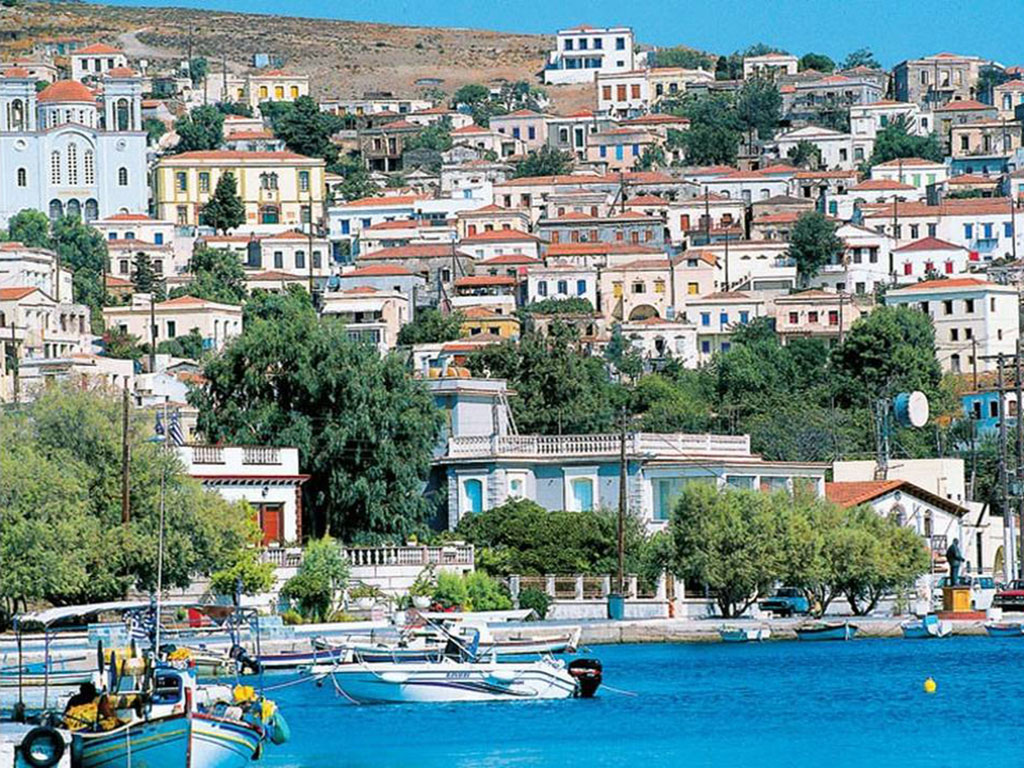 A small group of islands, known from ancient times for their famous wines. Genoans, during the Middle Ages, called them Spermandores. Later in the middle of 17th cent. it was colonized by shepherds from the Chian village of Kardamyla, being full of goats and it was called Aegnousa. Since the middle of 19th cent., the inhabitants, working in the sea, became ship-owners and today they own more than 500 ships, various members of the Livanos, Lemos and Pateras families were born here. Therefore Oinousses are considered the richest island all over the world. Two church-tipped islets, each privately owned, guard the unusually well-protected harbor; the town of Oinousses is surprisingly large, draped over hillsides enclosing a ravine. The houses displaying a mix of local and modest Neoclassical style. The rest of this tranquil island, at least the southern slope, is surprisingly green and well tended; there are no springs, so water comes from a mix of fresh and brackish wells, as well as a reservoir. The sea is extreme]y clean and calm on the sheltered southerly shore; among its beaches, choose from Zepaga, Bilali, or Kastro, respectively five, twenty and thirty minutes’ walk west of the port.