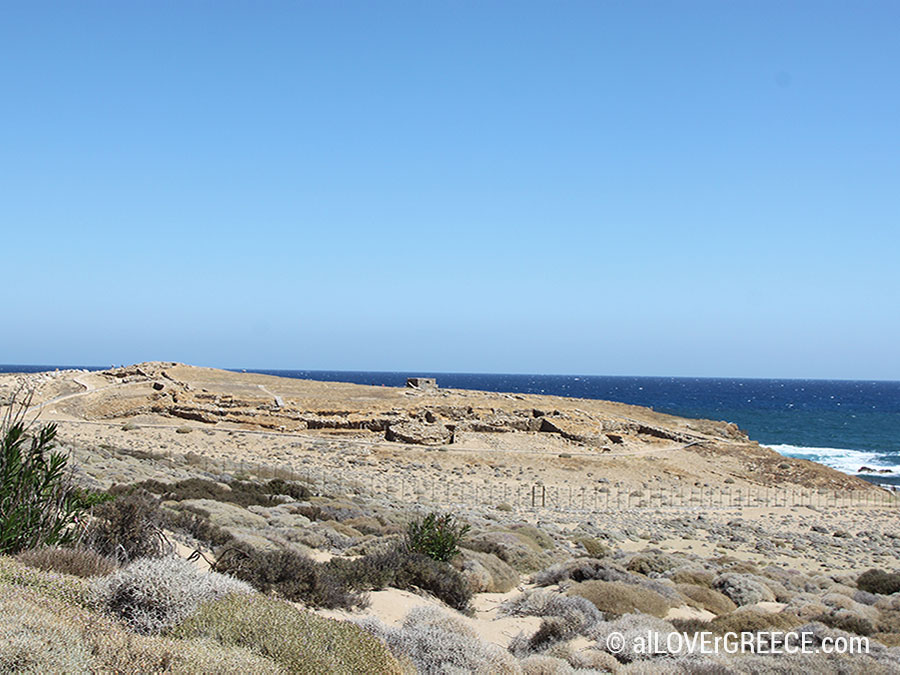 During an excavation by the archaeological service a whole settlement in Palamari (on the northeast coastline of Skyros, 13 kilometers northwest of the town of Skyros) came to light. The settlement dates back to the Copper Age (2500-1800 B.C) and is actually an impressive finding as it includes an organized city planning with roads and central pipes. The ruins of the walls show us that it was a very well fortified settlement. Its fortification originated from Syria and Palestine and first appeared in the Aegean around 2300 B.C. Among the findings there were brick terraces, fireplaces, ovens, floors, jars, stone tools and utensils, bone tools, metal utensils etc. Most of the findings of Palamari are exhibited in the archaeological museum of Skyros.