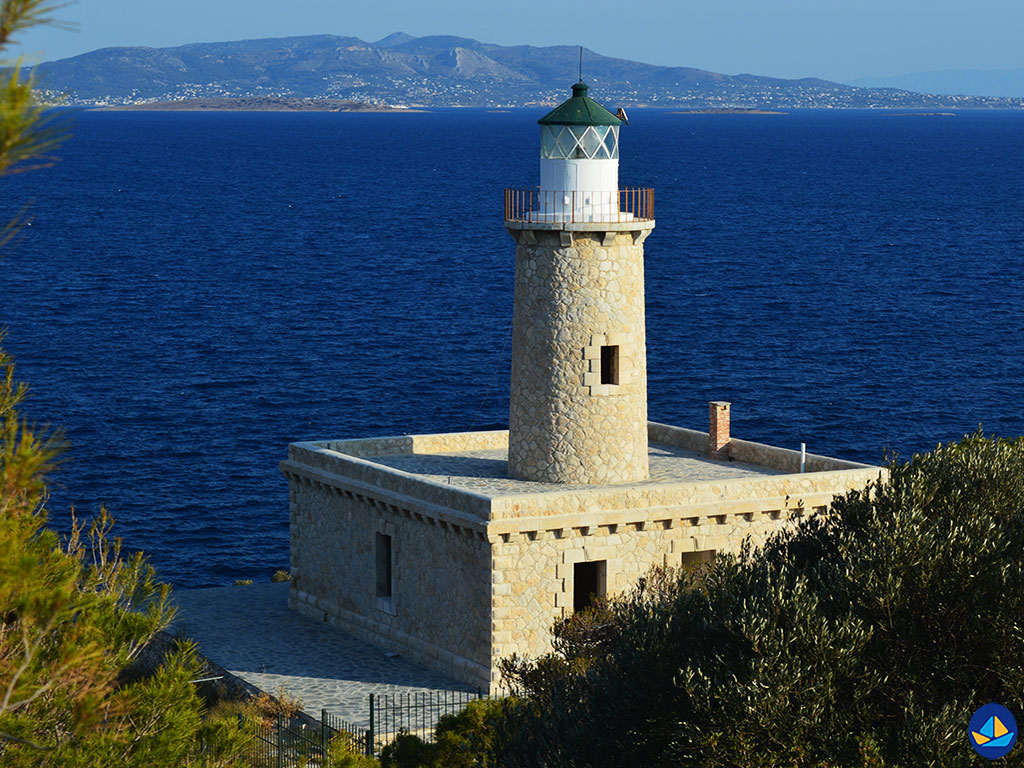 Built in 1901, tower’s height is 7.5 meters and focal plane height 34 meters. The circular tower rises from the center of a one-story stone keeper's house and has a lantern dome at the top. During World War II, the light was extinguished and was not relighted, until 1948 when new equipment was installed and the lighthouse started operating as an automated torch. It was gradually abandoned and in the 80’s the lighthouse was ready to collapse. Thanks to some maintenance work carried out by the Hellenic Navy and the Ministry of Culture the structure was saved and is now in a good condition.

The stone lighthouse is located at the southernmost edge of Salamina Island between the resorts of Peristeria and Kolones and can be reached through a dirt track that ends at its entrance. Since 2002 it has been listed as a Protected Historical Monument because of its remarkable architecture. It is connected to the Greek naval tradition and is one of Salamina’s major attractions. One of the best beaches on the island is hidden beneath this magnificent stone lighthouse that dominates the area.