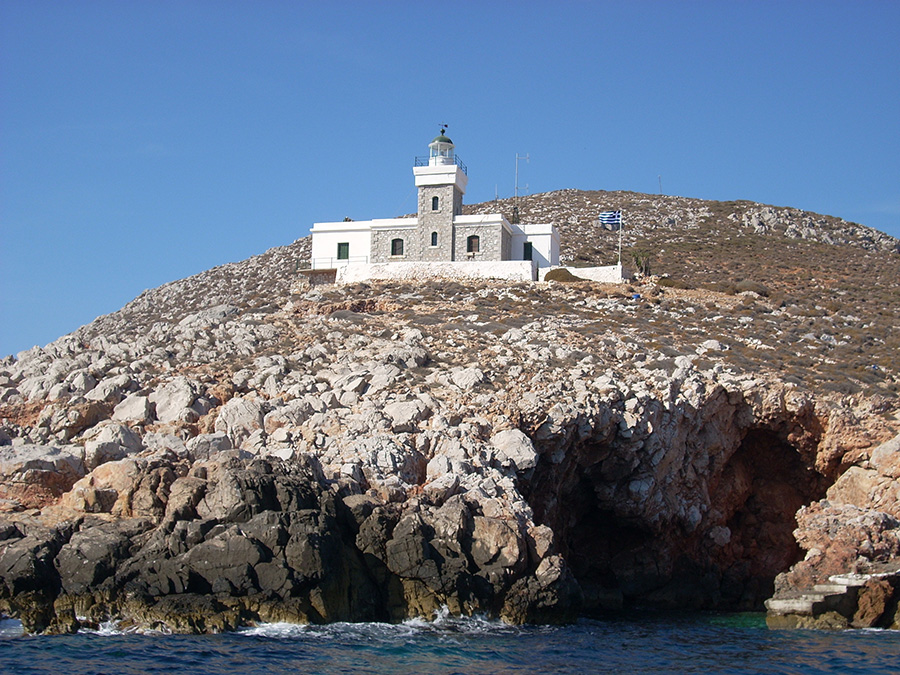 The Lighthouse of Zourva was built in 1883 and is located on the east side of the island. During World War II, the lighthouse was destroyed by the Germans, but it was rebuilt in 1946. Initially, it was run on oil but in 1986 was supplied with electricity and in 1989 was became automated. The tower is 10 meters tall and has a focal plane of 36 meters. The structure sits on a rocky and inaccessible area and the best way to see the lighthouse is by boat that makes the tour of the island. East of the lighthouse is the historical monastery of Agia Anni.