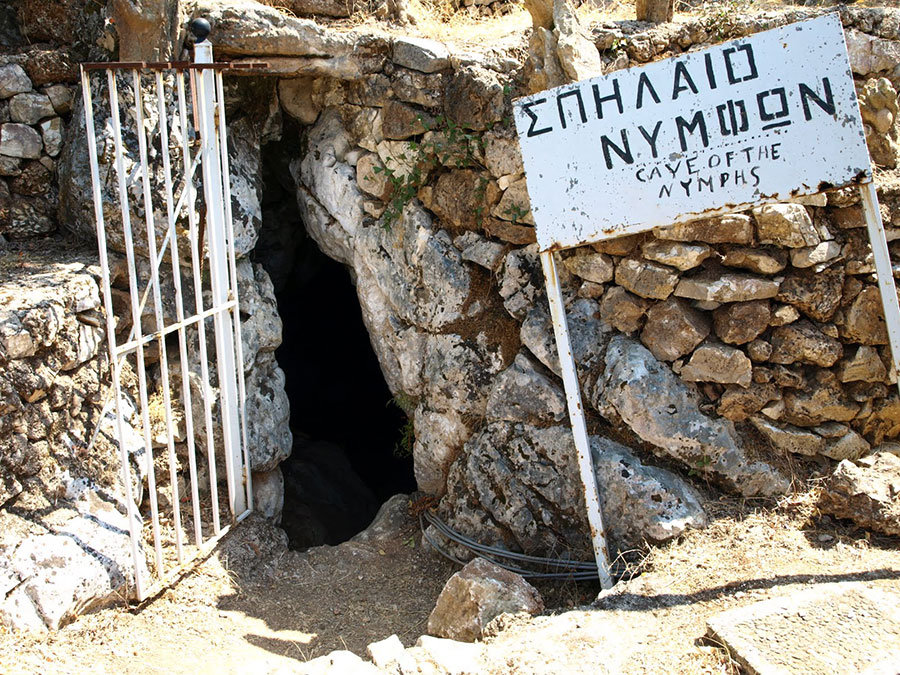 Cave of the Nymphs of Ithaki

Apart from its geological interest (stalactites and stalagmites), the cave is also mythological importance as it is said that Odysseus hid here the presents that were given to him by the Feakes. It is located at an altitude of 190 meters above the beach of Dexa were Feakes abandoned Odysseus asleep. The cave has two entrances, one for the mortals and one for the Gods. One of the entrances, that is near the sea, is no more accessible while the other is open but only until the first level as the landslides have made it inaccessible. The cave is also known as “Marmarospilia”.