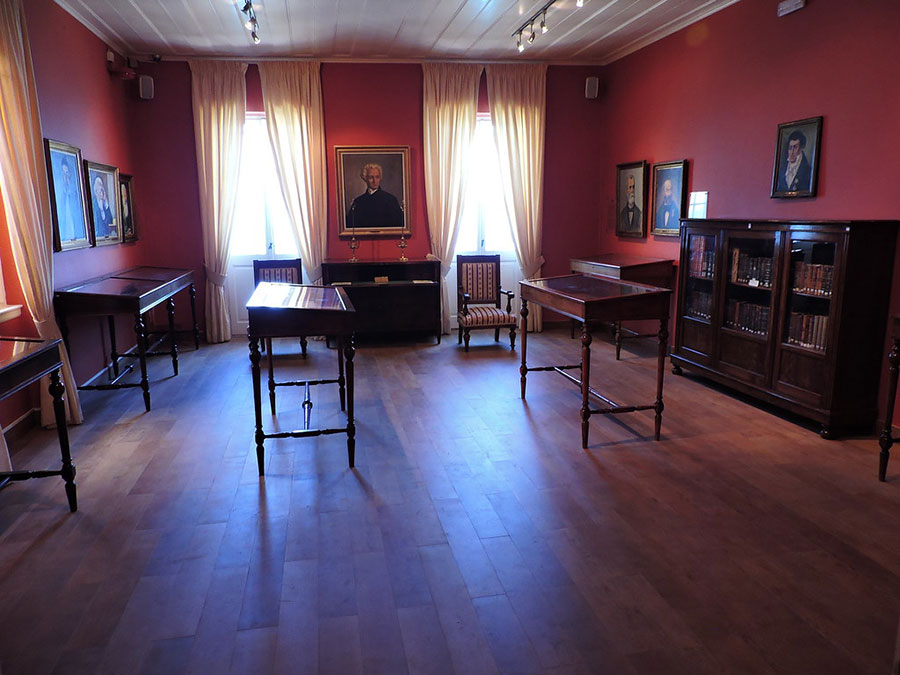 It is known that the National Poet of Greece Dionysios Solomos spent the biggest part of his life (1798-1857) in Corfu, where he wrote the largest and most important part of his work, his masterpiece "Free Besieged" included. The house where the poet lived, worked and died was destroyed by the German bombs during the Second World War. Some years later the house was restored by the Corfiot Studies Society and today is functioning as a Museum and Center of Solomos Studies. The poet's writing-table is kept in the Museum together with other personal items from his life. There is also an extensive collection of photographs referring to the places, the people and the evens connected to the life, the work and the age of Solomos. In addition there is a rich library dedicated to Solomos, constantly enriched, containing, among other things, all the old editions of "Hymn to Freedom" and a number of portraits of the poet and the other representatives of the so-called Solomos School.

Museum of banknotes of Corfu