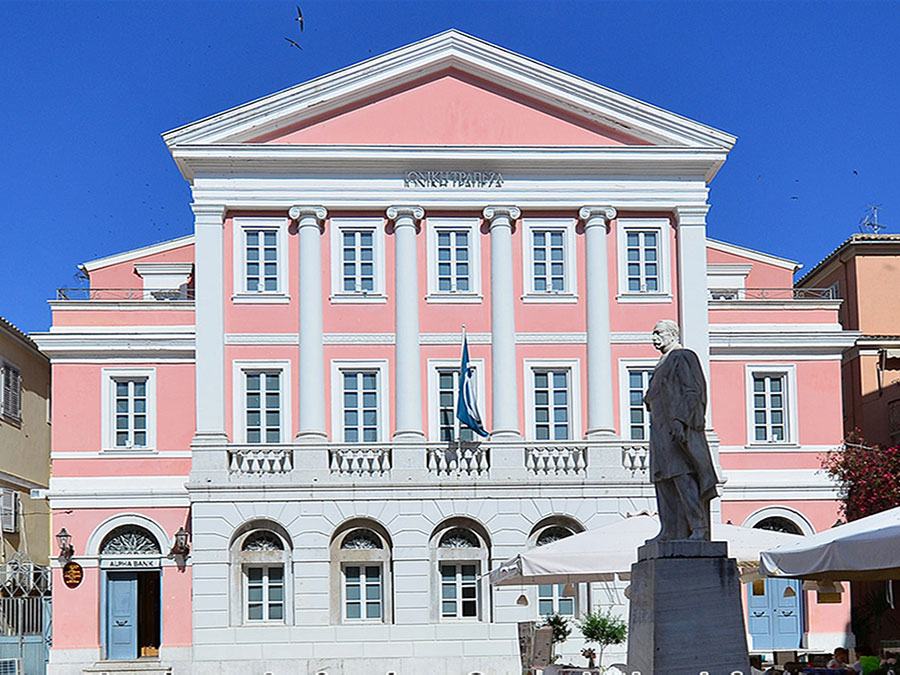 Museum of banknotes of Corfu

The Museum of Banknotes, unique in Greece and one of the few and most interesting worldwide, is operating since 1981 under the auspices of Ionian Bank (today Alpha Bank) in a building constructed on plans made by the Corfiot architect Ioannis Chronis. A rich collection of banknotes is exhibited, as well as printing matrices, various bank documents, photographs and detailed illustrations of the steps of the modern manufacturing process of banknotes, from the initial drawing of the banknote and the production of the special paper to the destruction of the old banknotes in special furnaces. Among the exhibits there is a large number of banknotes that were issued by the Ionian Bank from 1839 to 1920, as well as the first banknotes of the Greek State in 1831. There are also the banknotes that the National bank of Greece issued from 1840 onwards and the banknotes of the Bank of Greece after 1932. The most remarkable exhibits are: : The banknotes that the Ionian Bank issued from 1839 until 1920 The banknotes that Capodistrias issued and the first banknotes of the National Bank of Greece A collection of postwar banknotes from various countries. The Chinese banknote of 1300 A.D, one of the oldest worldwide. The collection includes many seals, documents, books, coins, stamps etc that refer to the history of the Ionian Bank and the history of the Ionian Islands. In another room of the Museum the several stages of the manufacturing process of the banknotes are shown, while special interest presents the part of the manufacture of the watermark, which is incorporated on the banknote. In the same place a small workshop is hosted, where the visitor can follow the procedure of the engraving of the model on the metal plates.

Museum of Folk costumes in Pelekas