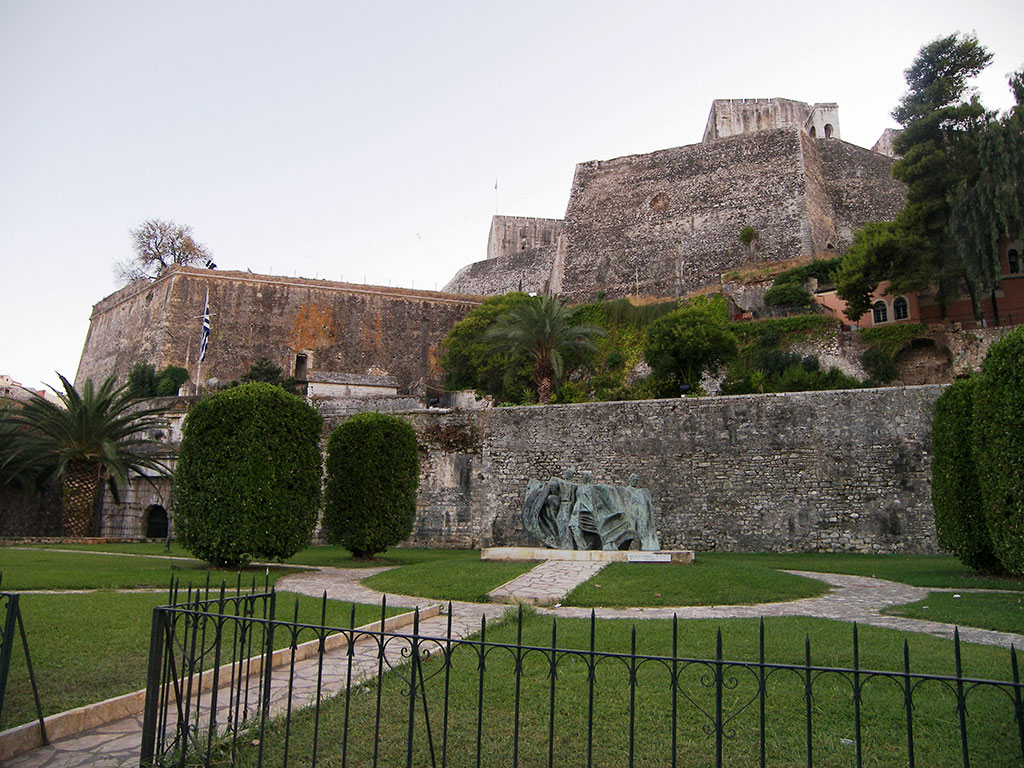 Another example of the high capacity of Venetians in fortification, and an architectural marvel of art built by the Venetians and with physical labor of the inhabitants from 1576 until 1645.
Venetians due to the permanent threat of the Turks, felt that it was necessary to complete the fortifications of the city which meanwhile had been extended far beyond the old fortress. They started the construction of the new fortress on the hill of San Marcos extended south with walls and ramparts reaching the sea at Garitsa bay, Corfu is now all within the walls, it was then that Corfu took the name Kastropolis. To become a fortress, except the exhaustive work of the residents, 2,000 houses in particular where now stands the vast Esplanade square had to be demolished. The reasons that this happened was not only to find building materials, but primarily defensive, the Venetians wanted to create a large buffer zone between the old fortress and the city which would help better their defense plans. So today Corfu has perhaps the largest square in Europe, the famous Esplanade.
At the entrance of the castle is still the emblem of Venice, the lion of Saint Markos, while inside the fortress is worth seeing the underground galleries, reservoirs and ammunition depots.
The fortress also houses the Museum of Ceramic Art, photography, painting, sculpture as well as concerts and other cultural events. Inside the fortress today there is also the Naval Station of Corfu.