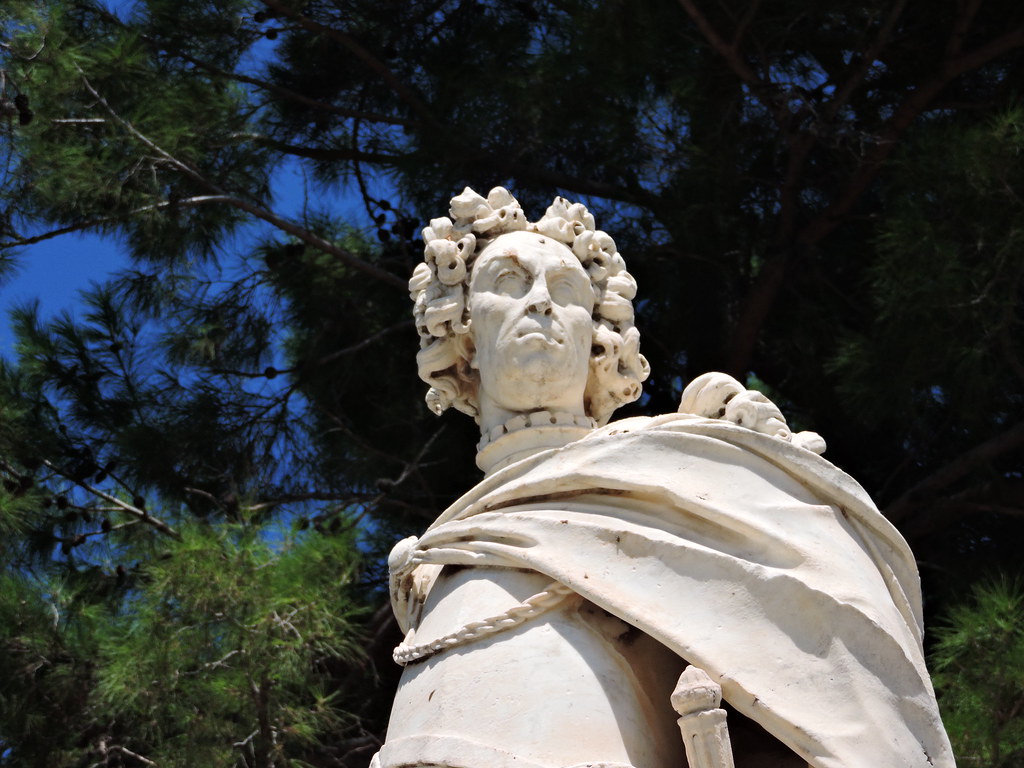 The statue of the German general Johann Matthias von der Schulenburg is situated in the Esplanade, one of the most central parts of the Old Town, right in front of the Old Fortress of Corfu. It was designed by the renowned Venetian sculptor, Antonio Corradini, in honor of the general who led the Venetian army which repelled the Turks in the siege of 1716. The statue was made in 1718 from white Carrara marble and still has the inscription, "Intacto fulmine laurus", that is "Laurel remained intact after the thunder", which was added later as the statue was only rescued after the explosion on the night of 21-22 November 1718.

Venetian well or Well of Kremastis