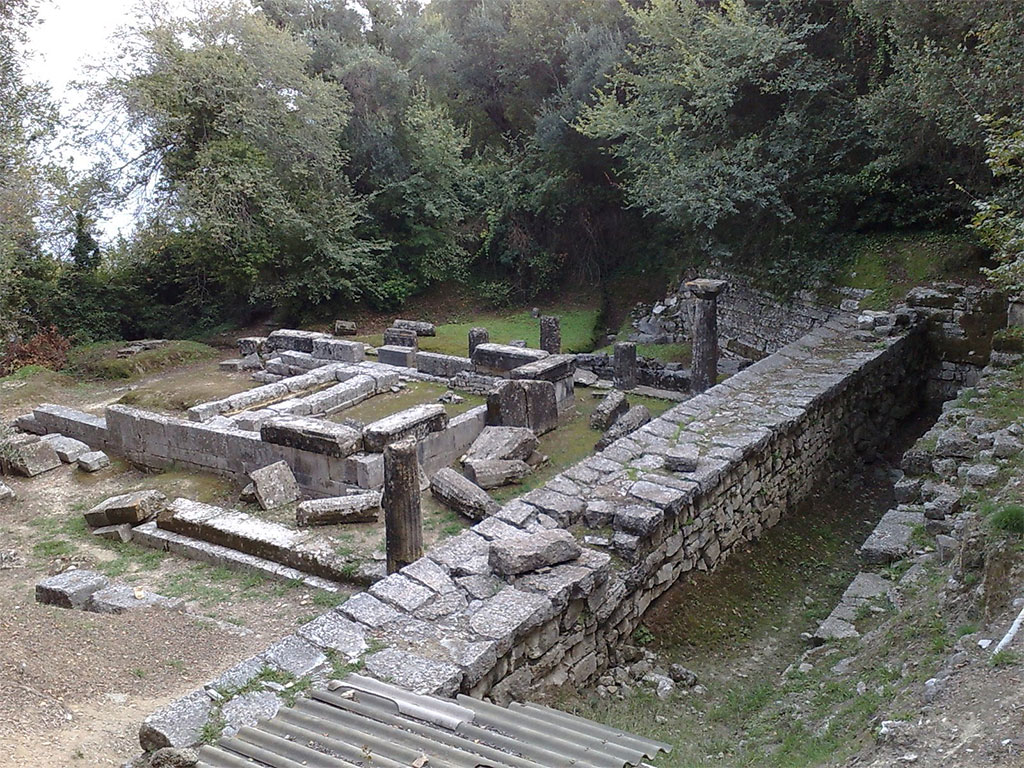 It is the best preserved ancient temple in all Corfu. The Temple of Kardaki is situated in Palaiopoli, the most significant archaeological site of the island and inside the Mon Repos estate, very close to the old palaces.

The Temple of Kardaki is of Dorian order and dates back to the end of the 6th century B.C., the period when Palaiopolis was as its peak. It has eleven single-stoned pillars on its wider sides and 6 on its narrow sides.

Tradition says that the Temple of Kardaki was dedicated to Poseidon but, it might be dedicated to two other gods of ancient Greece, Asklipios and Apollo.

The Temple of Kardaki is built on a slope and faces the sea, while further below, on the hill of Analipsi is situated the spring of Kardaki, named after it, while the temple was discovered because of the spring: When in 1822 the water of the spring suddenly stopped flowing, the English occupants of Corfu searched the area to see what had happened.

That is when they realized that a landslide had blocked the water flow with parts of the ancient temple.