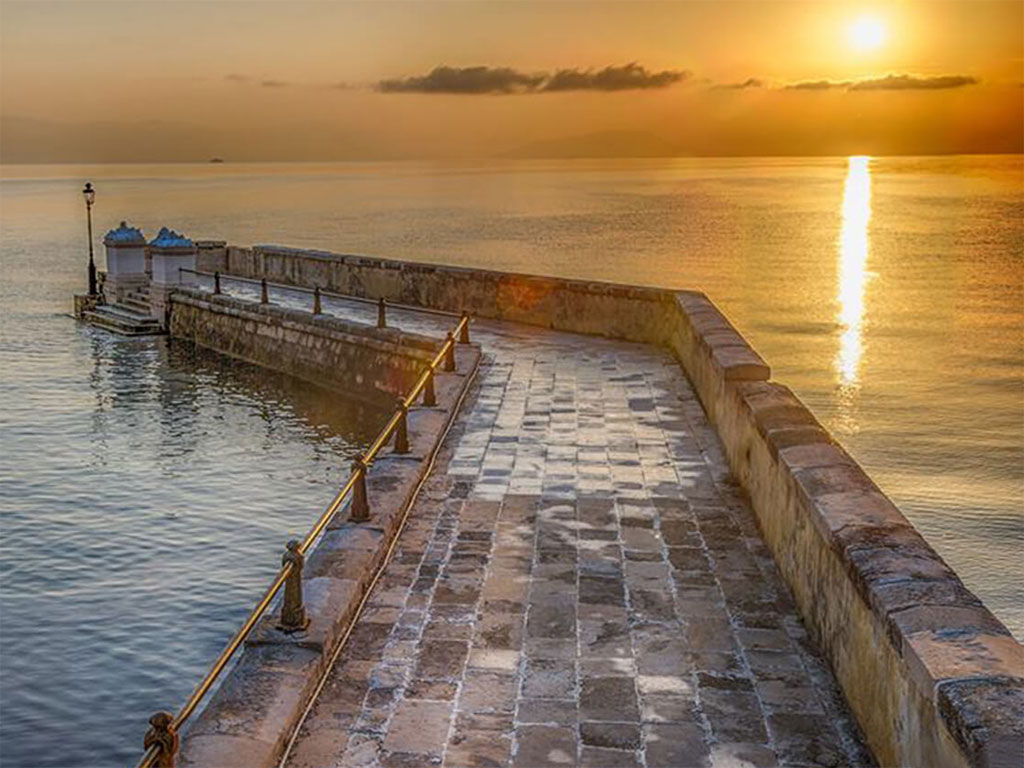 Kaiser’s Bridge, an architectural masterpiece, even from the «least known» sights of Corfu, is located below the estate of Achillion, two kilometers northern from the resort Benitses of the island. It is subsequently an «arm» which looks that is floating on the water, built with special style and technique. Creator of the Kaiser’s Bridge, was exactly the person from who it was named after: Kaiser Wilhelm II, the German emperor, to whose property passed Achillion after the Austrian Empress Sissy. Wilhelm wanted direct access to the sea and Kaiser’s Bridge guaranteed that, while at the same time provided to him the necessary isolation from prying eyes. Kaiser’s Bridge was built in the beginning of the 20th century but, it is preserved in a very good condition, although its bow is now «cut in two» in order to cross the modern seaside road. On the spot where, for more than a century, the beautiful Kaiser’s Bridge stands, someone can see the residue from the pier that Wilhelm had built in order to dock the boats that disembarked his high guests.