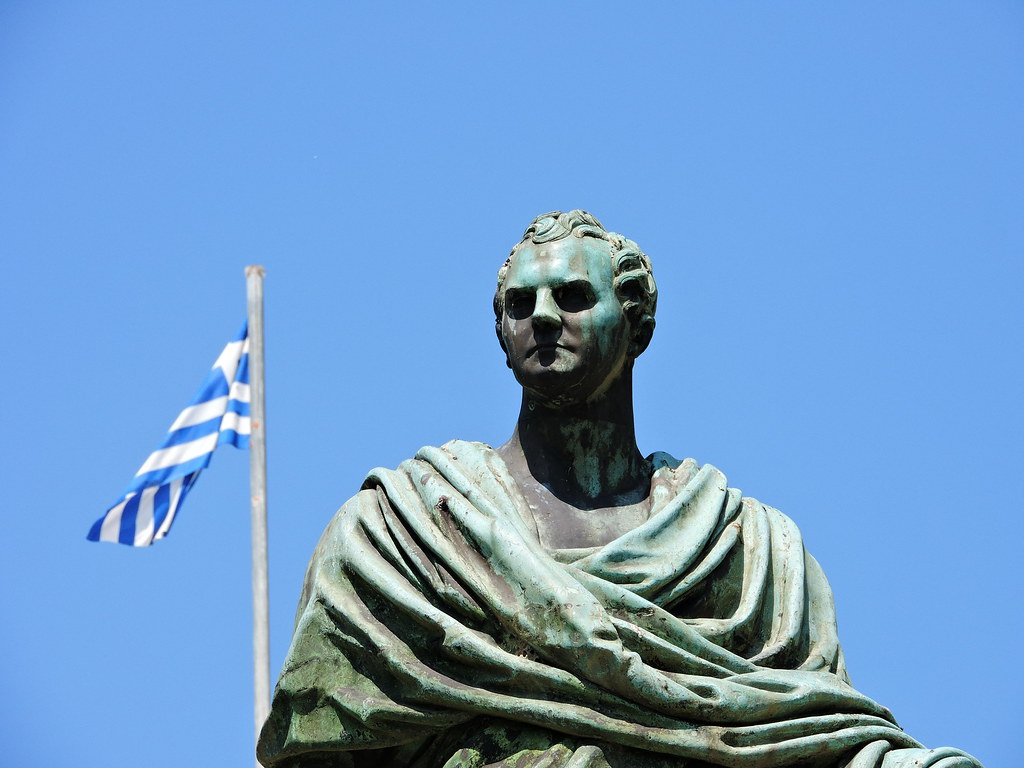 The copper statue of Adam is placed right in front of the magnificent colonnade of the Palace of St. Michael and St. George, in Spianada of Corfu. Lord Frederick Adam was one of the most famous English Commissioners of the Ionian Islands, as he was one of those who left behind a charitable project for the island of Corfu. The statue of Adam was built in 1837, supervised by the Corfiot sculptor Pavlos Prosalentis who created many art works for the Palace of St. Michael and St. George. The statue of Adam stands in the middle of a small lake and fountains that are created in the gardens in the facade of the Palace of St. Michael and St. George. In addition, the characteristic movement of the hand of the statue of Adam, towards the water that falls in the small lake surrounding it, is considered a direct reference to the great work that was constructed during his commission in Corfu which is none other than the aqueduct that solved the problem of water supply in the city.