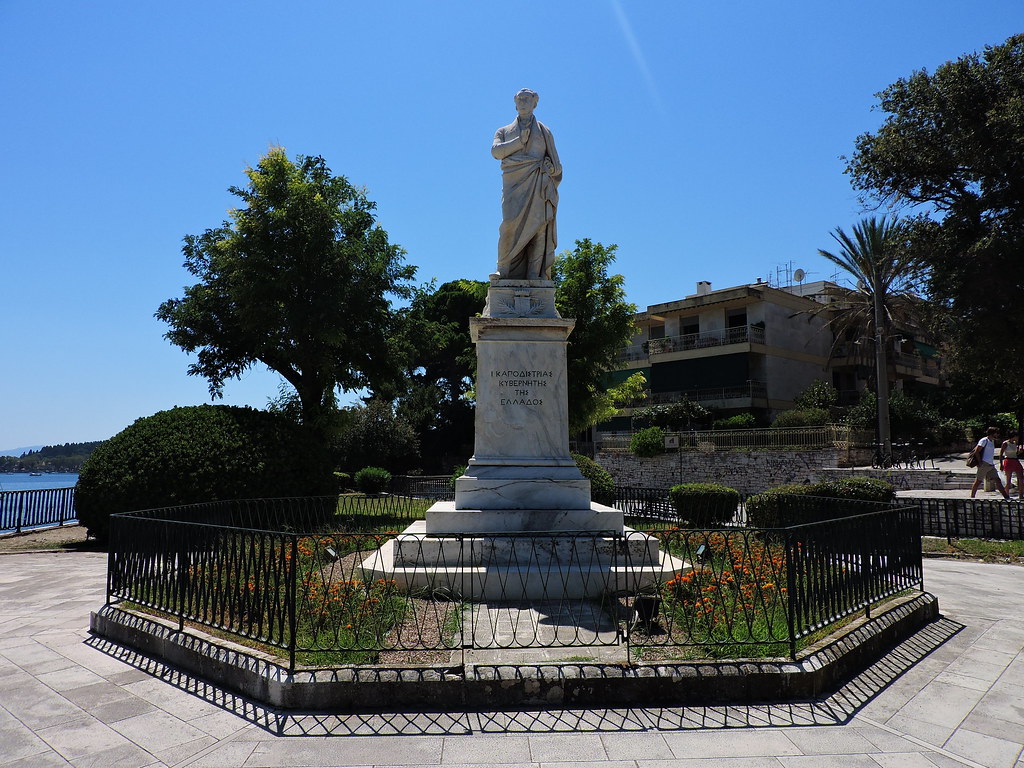 The statue of Kapodistrias, a work by Leonidas Drossis, is located in Aktaion, in the Upper Plateau, diagonally in front of the building of the Ionian Academy. It was placed at this point where the Dougla obelisk was previously on April 12, 1887. Ioannis Kapodistrias (11 February 1776 - 9 October 1831), a Greek diplomat at the service of the Russian Empire and first Governor of the independent Greek state, was born in Corfu on the Venetian occupation. She came from a family with titles of nobility in the Golden Libro (Libro d'Oro).