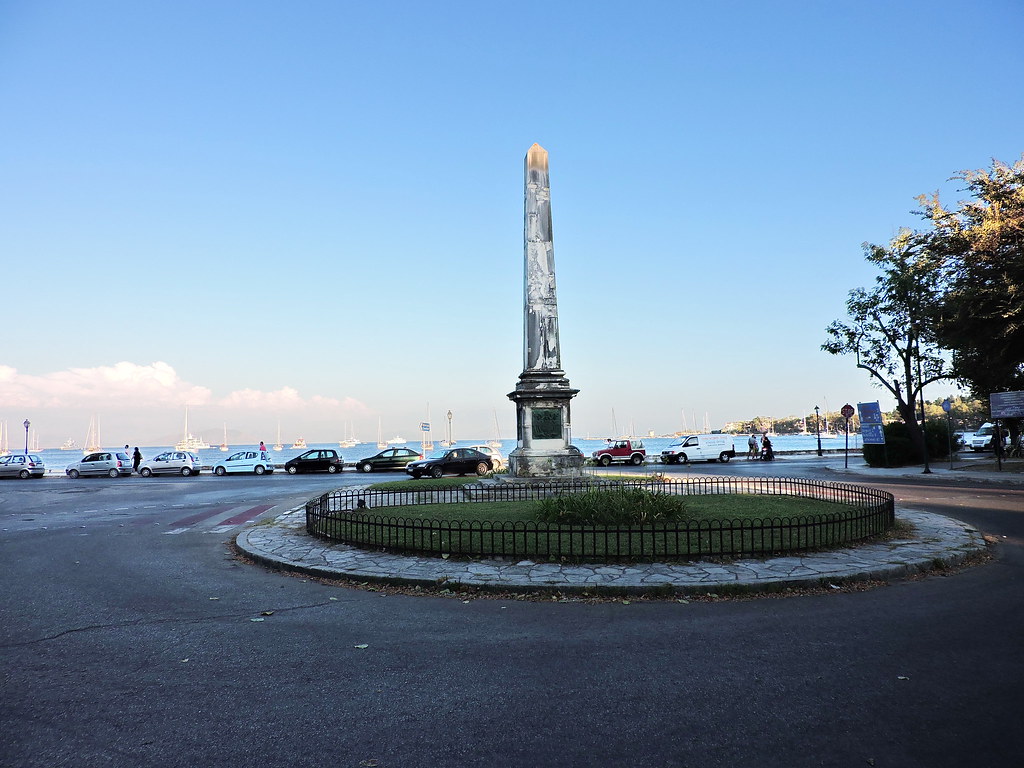 The obelisk that adorns Garitsa beach, in the crossroads of Alexandras Avenue and Dimokratias Avenue, is known to the Corfiots with the name Dougla’s Column. It is dedicated to Sir Howard Douglas, an English commissioner who was the ruler of the island from 1835 to 1841. Recognized for his work to the public, even though he did not give in to any of the constitutional reforms proposed by members of the 4th Ionian Parliament, in 1843, the Corfiots built Dougla’s Column to honor him where, all his benefits are listed. The base of Dougla’s Column is decorated with embossed, bronze representations, a work of the engraver Ioannis Vaptistis Kalosgouros, who is of Corfiot descent. They depict a symbolic representation of Corfu, the coat of arms of the commissioner and a diadem. The fourth side of Dougla’s Column is adorned with an inscription written in puristic Greek by the Professor of Philosophy of the Ionian Academy, Christoforos Filitas. The main benefactions of the commissioner, such as the establishment of a poor house and a psychiatric ward, the establishment of catholic and orthodox cemetery, the establishment of the Ionian School and the Ionian Bank and more are detailed there.