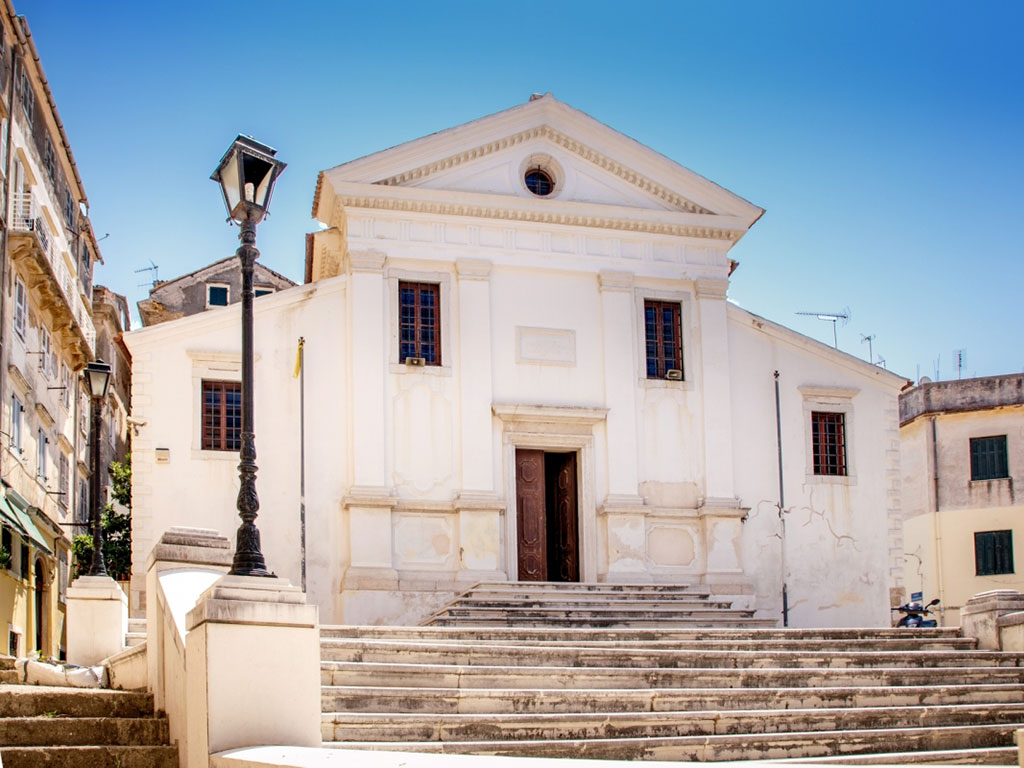 Panagia Platytera is a monastery in Corfu, at the limits of the modern town. It was built in 1743 and today it is known because in its precinct is located the grave of Kapodistrias, the first governor of Greece.

The intense bombardments of Corfu in 1798 caused severe damage in Panagia Platytera which, was restored a little later by the following abbots of the monastery.

Among the priceless relics of the Panagia Platytera are the vestments, two icons of the Archangels Michael and Gabriel from the University of Moscow offered to the monastery by Ioannis Kapodistrias, icons of the artists Tzanes, Kantounis, Poulakis, Koutouzis, Prosalentis and other.

Apart from Ioannis Kapodistrias, his father and his brother Augustinos, in Panagia Platytera are also buried the historian Andreas Moustoksidis and the hero of 1821, Fotis Tzavellas.

Monastery of Virgin Mary of Tenedos

Monastery of Agioi Theodoroi in Kamara

Monastery of Zoodohos Pigi of Corfu