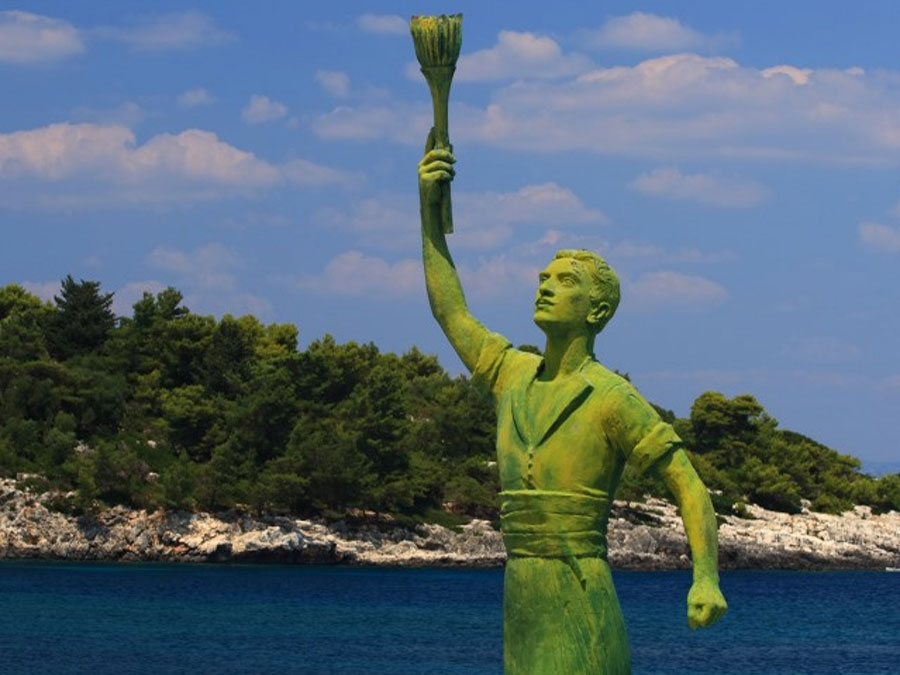 The statue of George Anemogiannis of Paxos

George Anemogiannis was born in 1798 in Paxos. At the time of the Greek Revolution in 1821 he was a sailor at a merchant ship owned by Laskarina Bouboulina and his captain was N. Orlof. On June 10th 1821 he took part in one of the first naval attacks against an Ottoman target, as the skipper of a fire ship. During the attack he was arrested and executed by the authorities and then his dead body was hang for several days as an example to other rebels. Today there are two monuments in his honour, one in Nafpaktos, the place where his was tortured and executed, and one at his birthplace in Paxos. The monument at Paxos was crafted in 1966 and it is the work of sculptor Nikolas (Pavlopoulos).