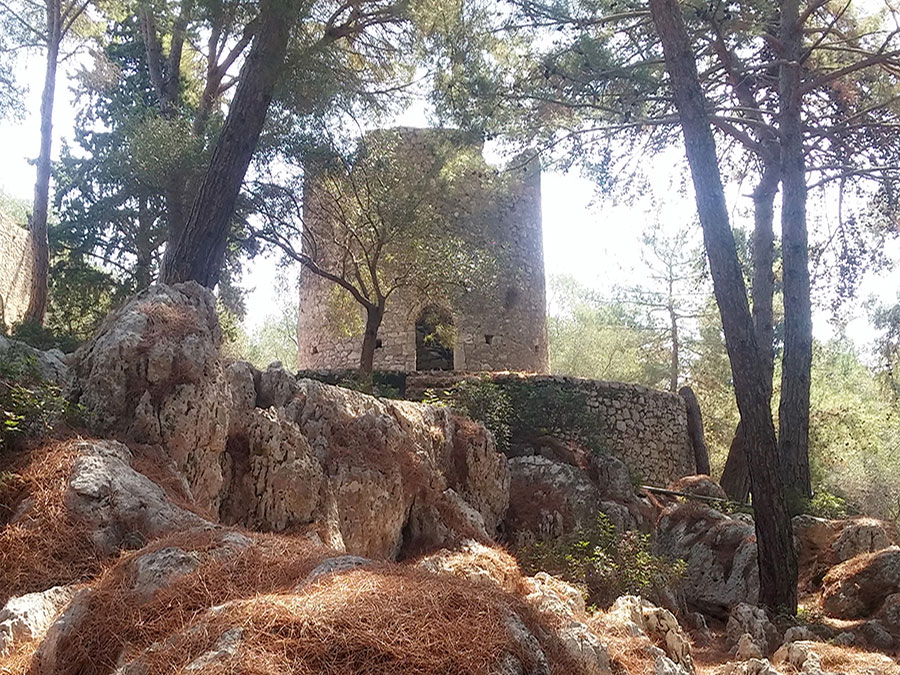 The Venetian castle of Paxos, now known as the castle of Saint Nicholas, began been built in 1423 and was completed in 1510. Built on top of the homonymous natural island opposite Gaios, it was constructed by the Venetian Baron of the island Adam II San Hipolito as a measure of protection from pirates and Ottomans.
According to a research by an Italian architect Roberto Veneris, the castle was built largely based on the designs of Leonardo Da Vinci, which are preserved in Venice libraries. Today, most of the walls remain intact, like the gunpowder magazine, the tank, the observatory, the cannons, several utility rooms, and the deep well that still has water. The castle of Saint Nicholas was the first castle in Paxos, and during the same period was also built the castle Dialetos in Lakka, which is now completely ruined.