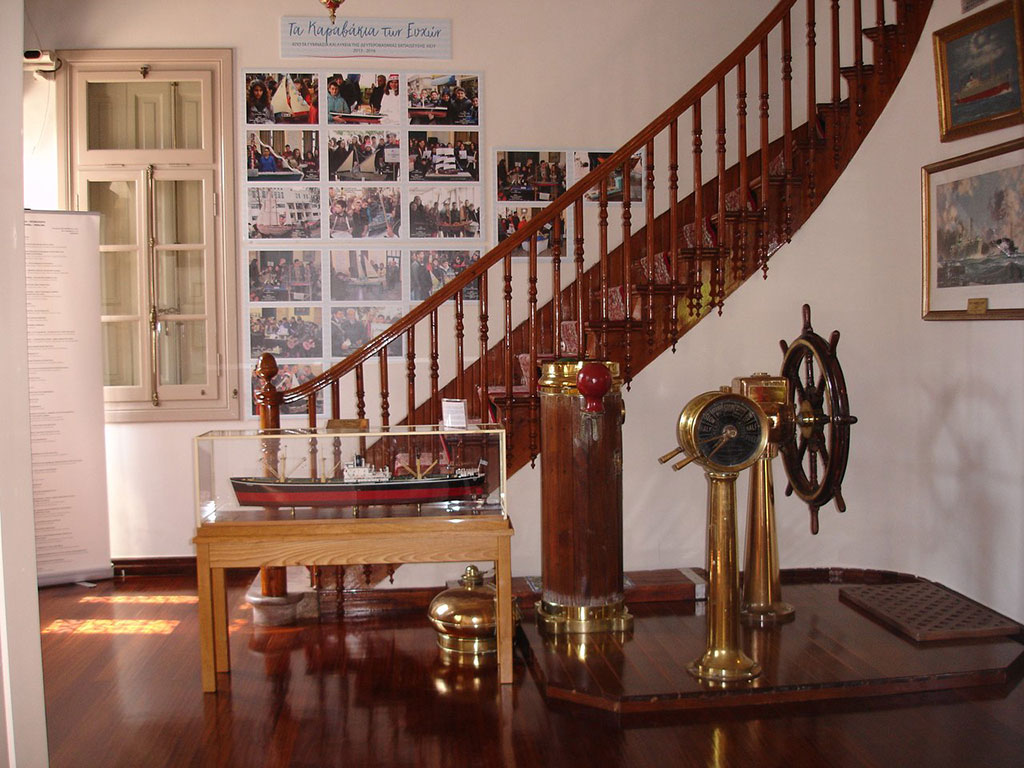 The maritime museum of Ιnousses was founded in 1965 and was the first regional maritime museum. The main purpose of its foundation was to show the path of the maritime tradition of Ιnousses over the centuries. The museum acquired its present looks in 1991 by Nicholas Lemos and attracts many visitors who through its exhibition can travel at past times when the Ιnoussians sailboats sailed the Black Sea and the Mediterranean and the great captains thrived in trading and shipping. This modern museum is located in the center of the port.

The exhibits you can admire there are: paintings of folklore artists, the most important of these Aristides Glykas, a remarkable as well as rear collection of ship models of the era of the Napoleonic Wars which are made by French prisoners in the prisons of England. Half of those ship models date in the late 19th and early 20th century. There you can also see ancient pottery objects, nautical instruments and objects and old photographs of ships. All these indicate the phases through which the commercial shipping of Ιnousses has passed through and give the museum historical value.

Alongside the existing exhibits, the Naval Museum of Ιnousses ensure the constant gathering of historic, folklore and photographic material that refers to the island, having already equipped a library, while it takes action in the field of educational programs as well. The museum also presents an important publishing work. Since 1996, it publishes an annual Bulletin and the books of Nickolas Andriotis “The short journey”, “The arrival and installation of Asia Minor refugees in Ιnousses” (Athens 1998), the books of N. Skoutelis, F. Zanon, “The architectural heritage of Ιnousses (Athens 1999) and the double CD “Sea, remember”.