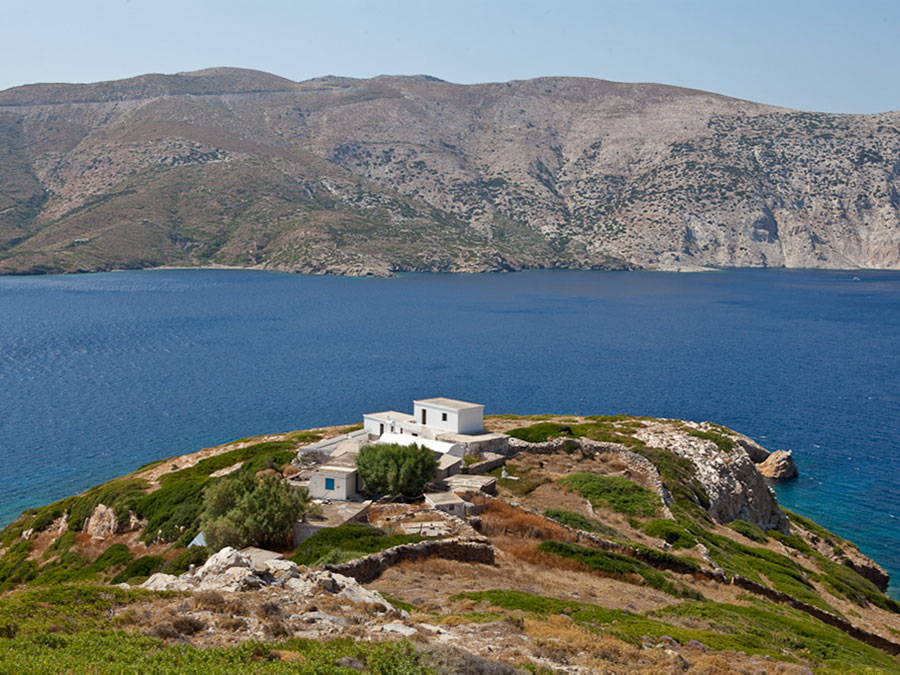 Agios Minas is the third largest island of the Fournoi complex between Samos and Ikaria. It has an area of ​​2,343 km2 and according to the 2011 census it has 3 inhabitants. Geologically it is composed of shale and limestone rocks with steep coasts and many bays that many go to swim there with boats.

Protected species of birds and plants live on the island and is part of the European nature program (Natura 2000). Also operates a fish farm and research programs are being made for non-medicated fish farms. Many plants like thyme, frygana, savory, makkia, sage are thriving on its territory, while many species of birds give birth here, such as the mavropetritis and the thalassokorakas.