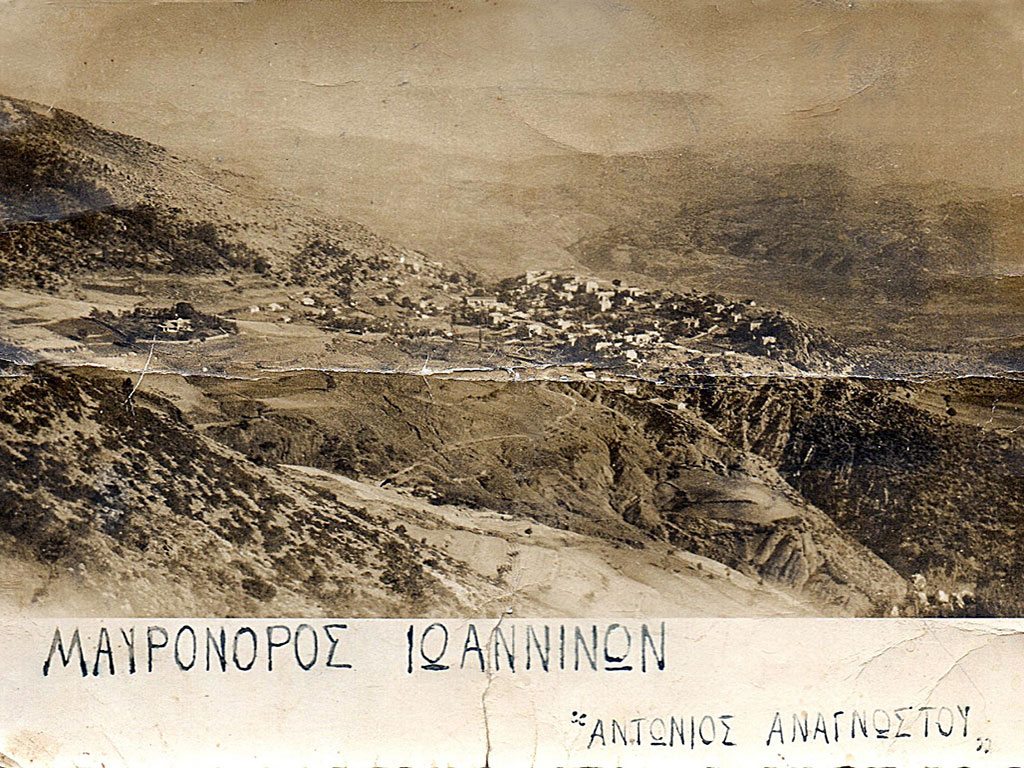 Mavronoros is a mountain village in Epirus in the Regional Unit of Ioannina. It is located on the northeastern slopes of Mount Kasidiaris overlooking the valley of Ano Kalamas, at a distance of 46.5 km NW from Ioannina (via Asprangelos) and 13 km SW from Kalpaki. The original location of the village was west and at a higher altitude than today, in a location with plenty of water and from which its inhabitants supervised the surrounding area and easily organized their defense from the attacks of the Turkalbans.
Mavronoros (mavro – oros) means ”The Black Mountain” in Greek. The new inhabitants gave it this name because it seemed to become very dark and ominous each time a storm sweeps through the region.
History
Sometime between 1850 – 1860, a band of Greek villagers from Glusta, Gardiki, Vortopia and Tziouboukatika, who were chafing under Ottoman rule, banded together and made a pact to create a new village.
Searching for a place which would be remote enough to protect them from their Muslim overlords, they decided to climb up Cassidiari Mountain. There, at an altitude of approximately 1.000 meters (3.200 feet), they built the new village of Paleo Mavronoros on its slopes.
One of the first buildings the new band of villagers constructed was the church of Saint George. The villagers’ houses all had two stories and were all made sturdily of rock. The new townspeople got on with their lives and continued in their peaceful idyll until, in 1912, the Turks attacked, burning down the entire village of Paleo Mavronoros.
Only fifty years after leaving their birthplaces to escape from the Ottomans, the people of Paleo Mavronoros had to deal yet again with the destruction caused by hatred and war. But Mavronoros did not surrender. Using whatever means they had, the intrepid villagers completely rebuilt their town jet as it had been. However, people began leaving the village for greener pastures during the decades after the creation of the modern Greek state.
Many families who moved out went to a new settlement, established at a lower altitude, after the years of WWII. The last man who lived in the village moved away in 1964, and Paleo Mavronoros has lain abandoned since that time. Now, the beautiful little stone village is just a shell of its former self, yet it reminds us of the eternal determination of the Greek people to live their lives in freedom.
Photo Gallery
View 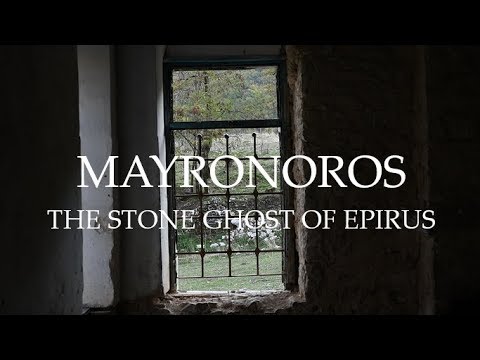