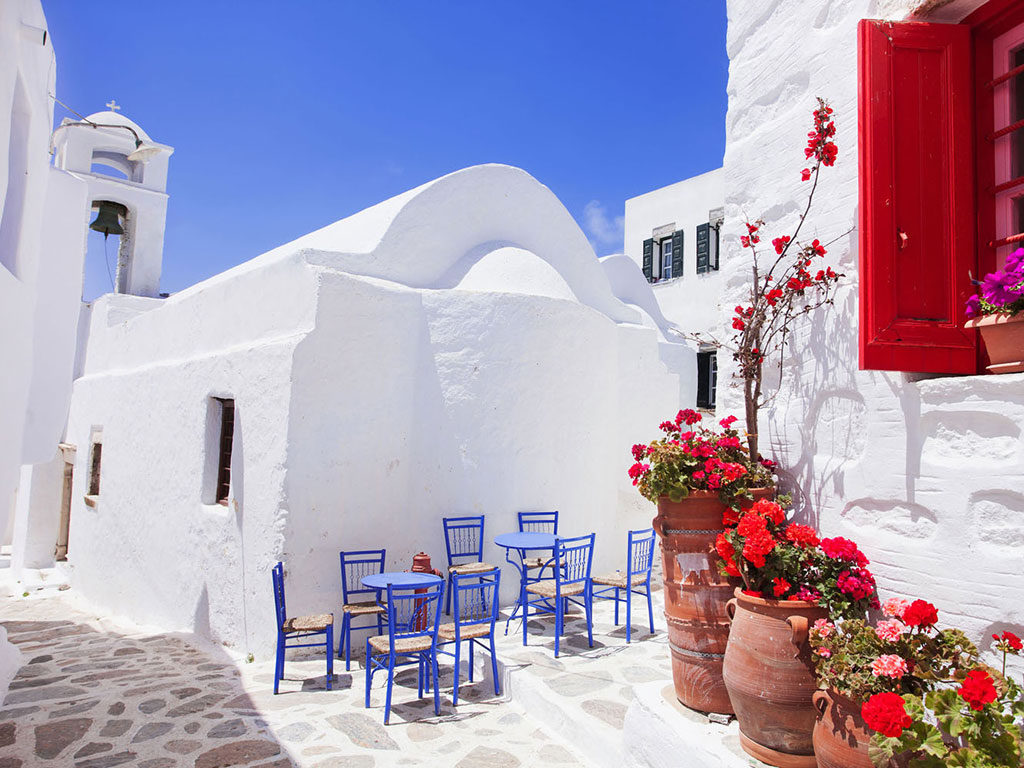 Chora of Amorgos is considered to be one of the most traditional and picturesque villages of all the Cycladic capitals. Chora of Amorgos is the island’s capital, with 397 inhabitants according to the census of 2011. It is located at an altitude of 350 meters above sea level, and its trademark is the Venetian fortress (Kastro) around which the village is built. It was constructed in the 13th century by Venetian lords, as protection against invasions by Saracen pirates. Today’s traditional village, with its white cubic houses, circles the fortress; the narrow cobbled streets form a maze where beautiful snapshots await you at every corner.
Another characteristic of the Chora is a large number of domed churches and miniature chapels scattered around the village. The Chora started to be built in the early Byzantine years, to the north and east of the fortress, and is built in such a way as to make it “invisible” from the sea, another precaution against the aforementioned pirate raids. The fortress, which is 65 meters high, was fortified by the Ieremia and Gyzi brothers (1207) during Venetian rule, and this was followed by the village’s expansion southwards. After it was occupied by the Turks (1537), the Chora flourished, with many churches being renovated and more new ones being built.
The medieval houses appear to be embracing the Kastro, while the cobbled streets become narrower as they approach the fortress, and are occasionally covered by arches. The whitewashed chapel of Kyra Leousa (Our Lady of Mercy) was built inside the fortress more than 15 centuries ago and is perhaps the village’s oldest church. It has a vestibule and other pre-Christian elements. The “vorina” (northerly) neighborhood extends from this point up to Photodotis (the Glebe).
Chora has two village squares, the Lower Square, where the Holy Metropolis of Amorgos is located and the Upper Square. The Lower Square or Loza is Chora’s main, and very picturesque village square. The name Loza derives from the Latin “loggia” or market. The square is dominated by a large eucalyptus tree, and you will see the old seat of the Amorgos Commune to your left as you walk up the square. Traditional annual festivals take place in both the village squares, such as the Sotiros on August 6th and the Traditional Amorgean “pasteli” (sesame and honey sweet) feast. The Holy Metropolis is dedicated to the Assumption of the Virgin Mary and to Saint John the Theologian; it was renovated in 1689. The icon of Kyra Leousa from the fortress chapel, mentioned earlier, is housed there.
The main street in Chora is traditionally paved with stone slabs and numerous steps, and extends from the eastern to the western edge of the village, crisscrossed by even narrower alleys from north to south and vice versa. The lower neighborhood (western entrance to the Chora) is punctuated by Byzantine churches such as the one dedicated to Agii Pantes. This church was renovated in 1644 and contains holy relics from the late 17th and 18th centuries. The Archaeological Museum of Amorgos, housed in the Gavras Mansion (18th century), is well worth a visit.
Heading upwards, you will come to a small square that marks the beginning of the Apano Gitonia (upper neighborhood), with its elegant white houses. At this spot, you will have access to Hellenic Post Office. From here, if you head eastwards and towards the edge of the village, you will come across the “Embrostiada”. This is a series of arches housing the historical Roussos mansion (19th century). Take a right after the archway and the street will lead you to a different neighborhood, known as the “Troullos”. This neighborhood is characterized by two-storey homes with wooden doors. This neighborhood will also lead you to Chora’s windmills.
View 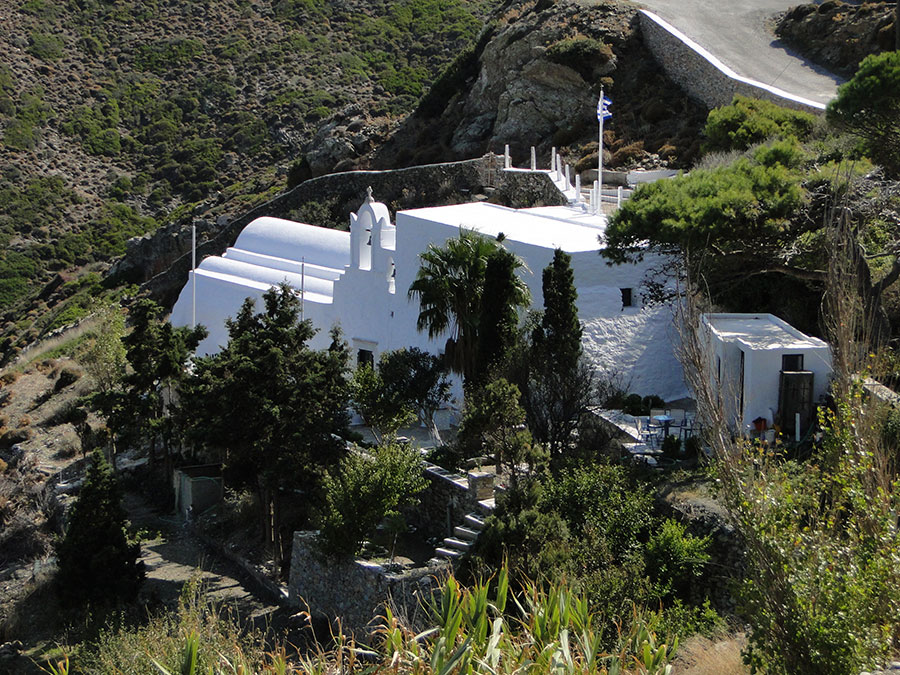 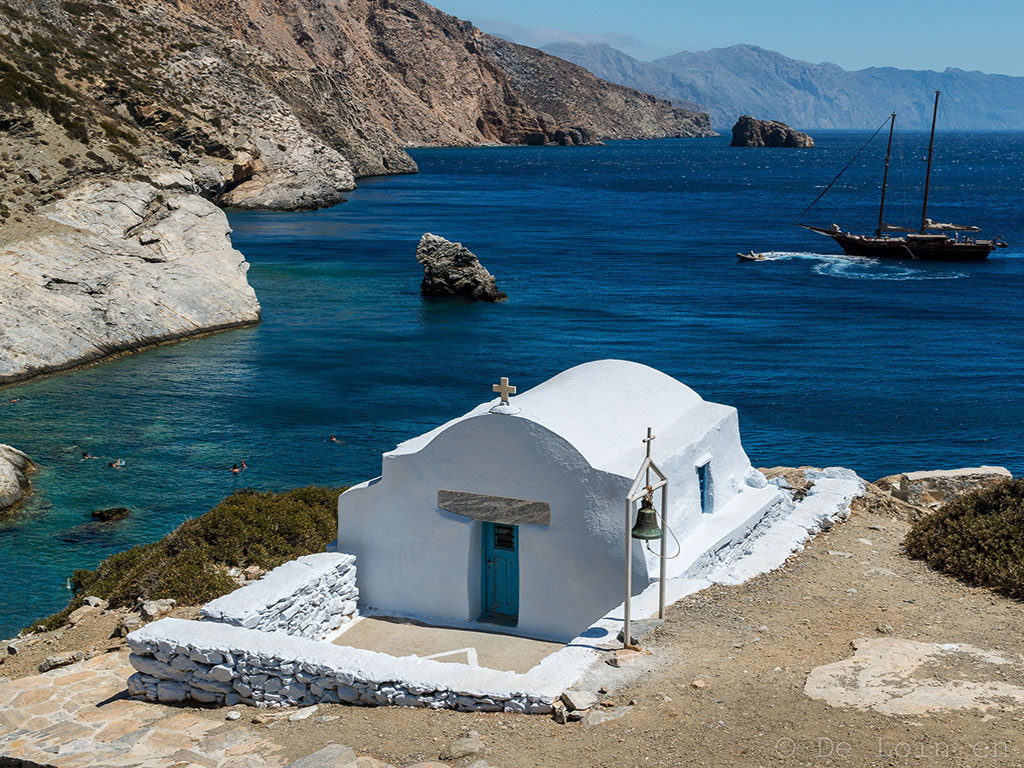 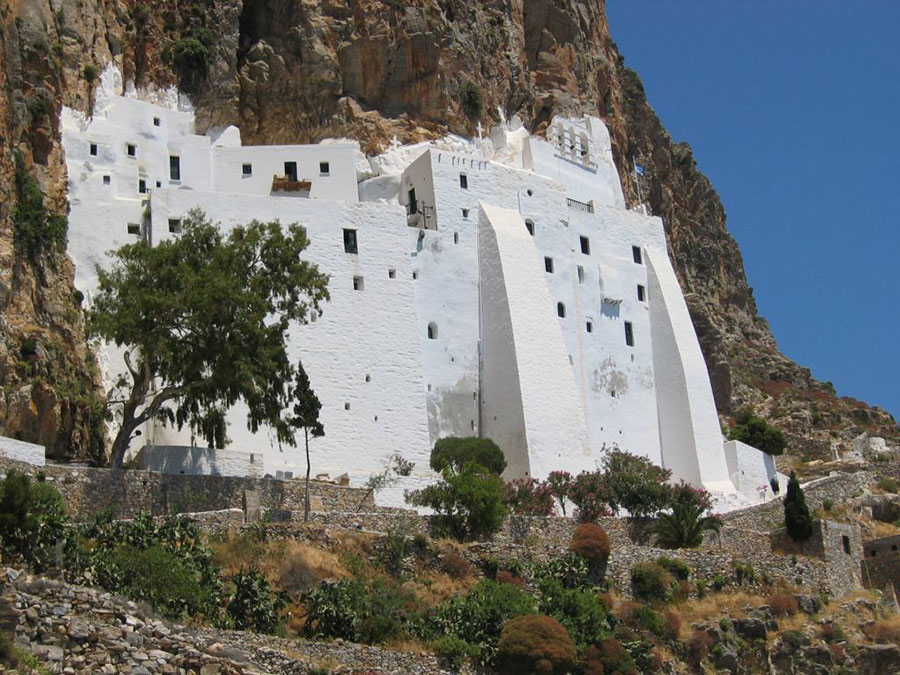 The Monastery of Chozoviotissa
Monasteries 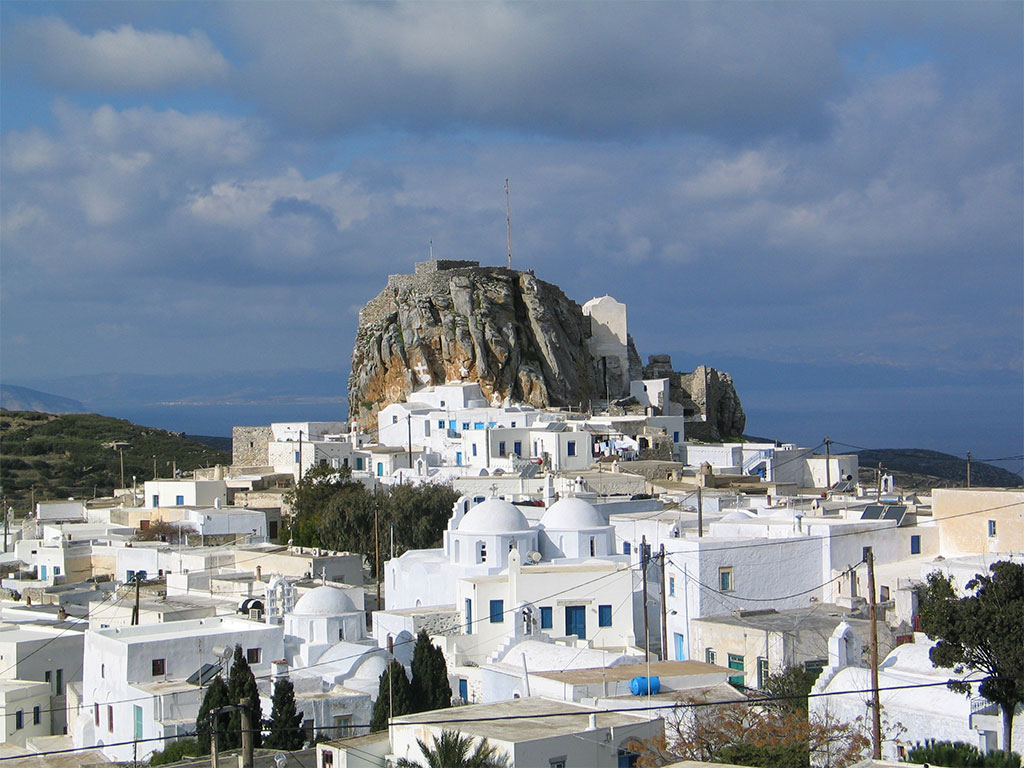 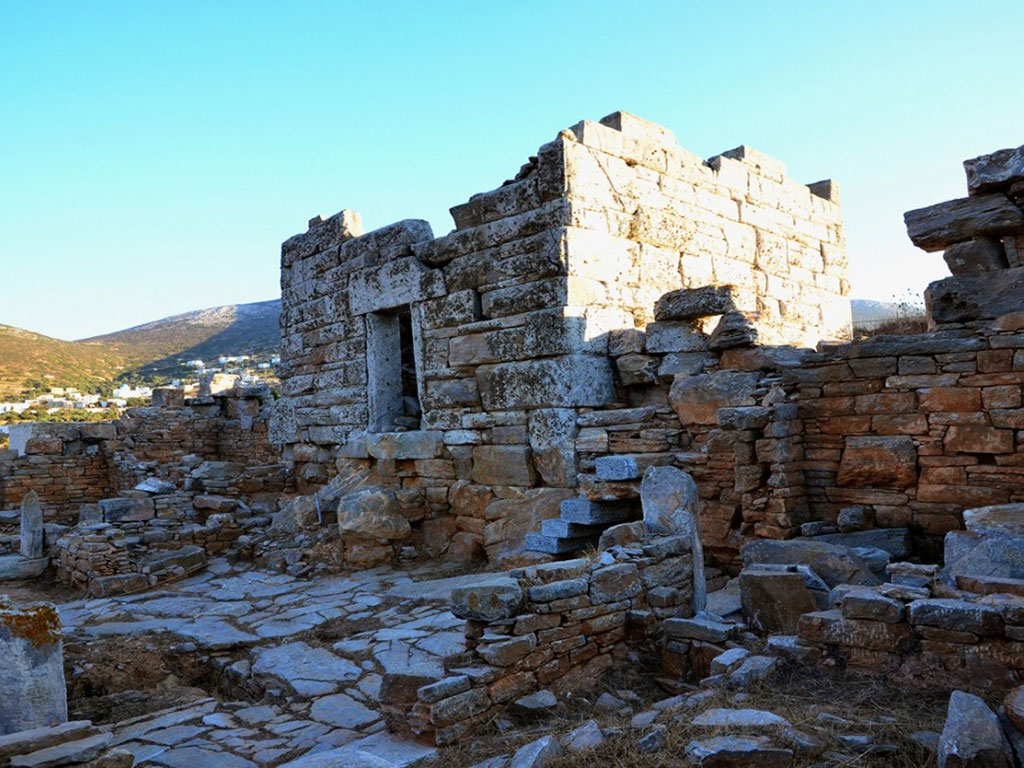