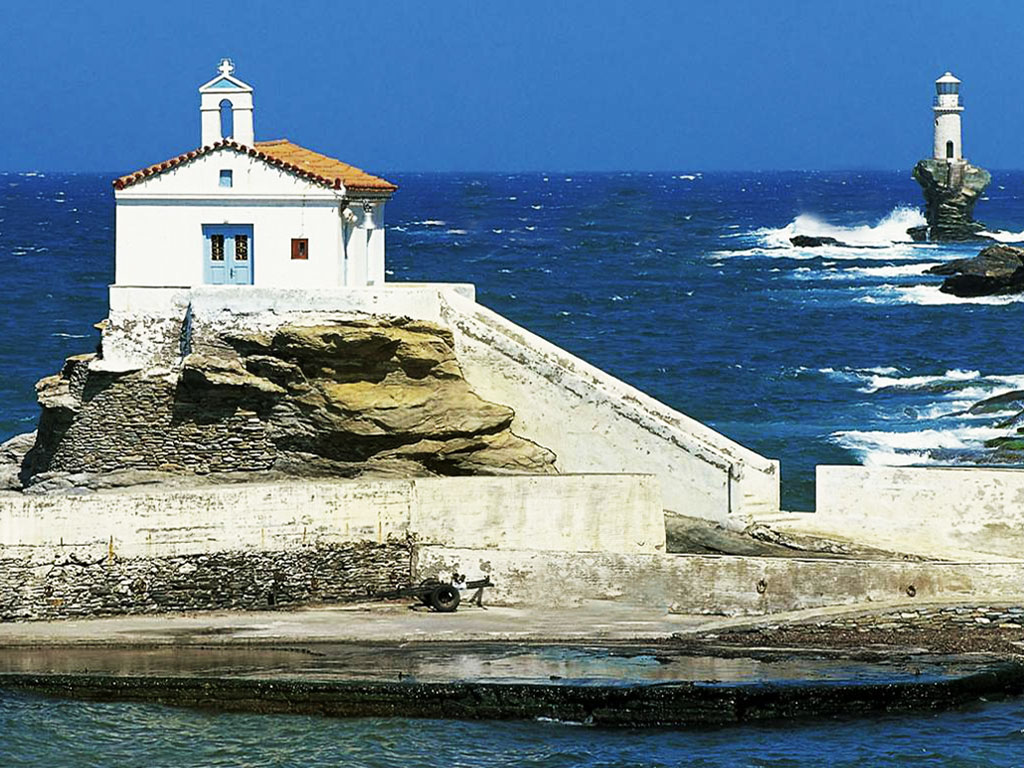 The small church of Panagia Thalasini is built on the rock at the entrance of the island Andros. It is encircled by sea water except for a staircase that connects the island to the mainland. According to tradition, the Virgin Thalassini protects those traveling in the sea, along with Saint Nicholas.

The rules of hagiography states that the mother of Christ always wears red jacket outside, which indicates the human nature and blue or dark green inside, evidencing the direct correlation with the birth of Christ. But in the case of the Virgin of seafood, we see Mary wearing blue clothes.

According to tradition one night with heavy storm, the people of Andros saw a strange light coming from the sea towards the shore. The locals followed the light that led them to a small cave. They were surprised, when they saw the icon of Virgin Mary on algae so they took it to the chapel of Agios Athanasios. Next day the image had returned back to the cave. So the locals decided to build a small church above the cave. It didn't take long to build the church which lacked a roof because there was no timber. But the problem was soon solved.

A boat loaded with timber was in danger off Andros. The crew begged Virgin Mary to save them and the captain decided to throw the timber into the sea. The ship was saved and the timber came ashore, near the church. So a roof was placed in the small chapel. Because the wood was found unexpectedly and was like a divine gift, the church of Panagia was named "Theoskepasti". 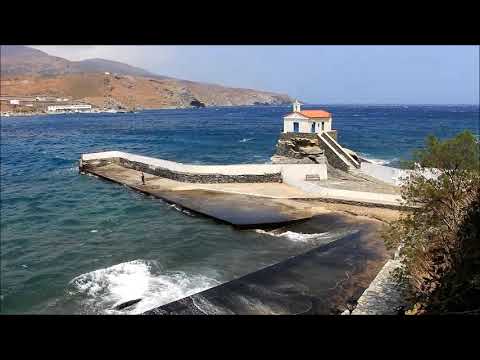