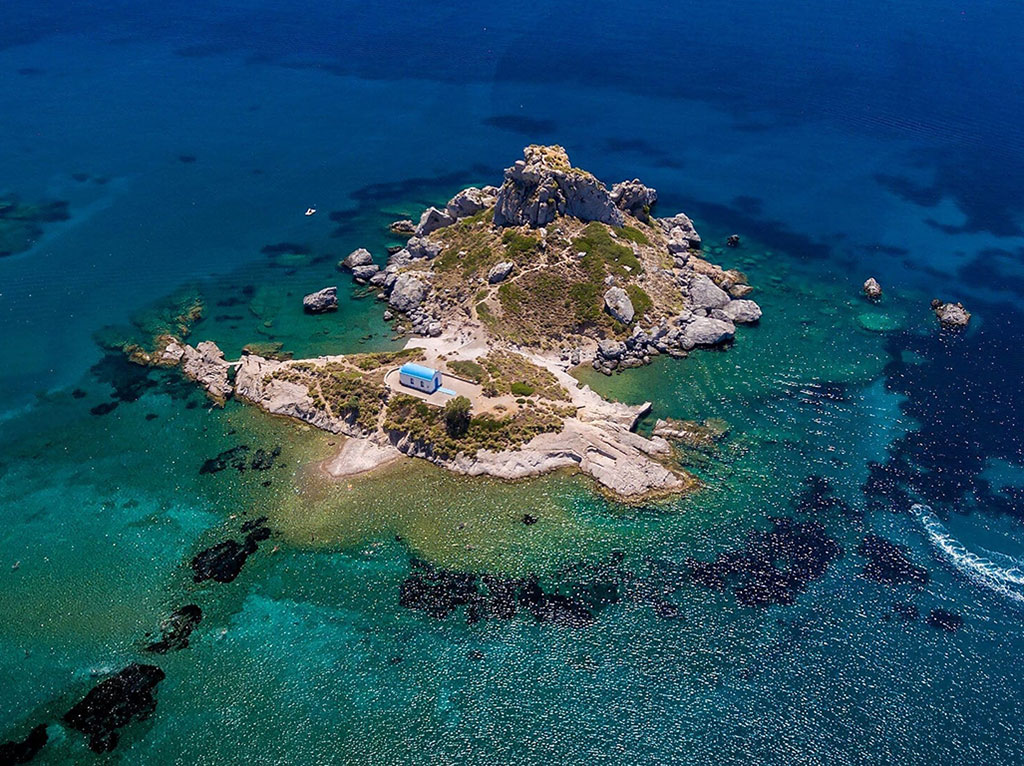 The picturesque church of Agios Nikolaos with the blue dome is built on a small islet of Kos island. The small islet of Kastri is one of the most photographed spots of the island. It is located in the bay of Kefalos, opposite the beach and the Early Christian Basilica of Agios Stefanos. The islet is also called Paleokastro, since there used to be a Medieval fortification, remains of which are scattered on the islet.

On the islet there is a small pier for boats to moor. The stone steps that start from that point, lead to the picturesque church, which has become very popular since the weddings and baptisms that take place in it have been increased the last years. The guests are transported to the island by boats from Kamari, the port of Kefalos. The islet is considered one of the most popular places on the island for weddings as it is secluded and has stunning views. The sacrament is usually performed in the churchyard.