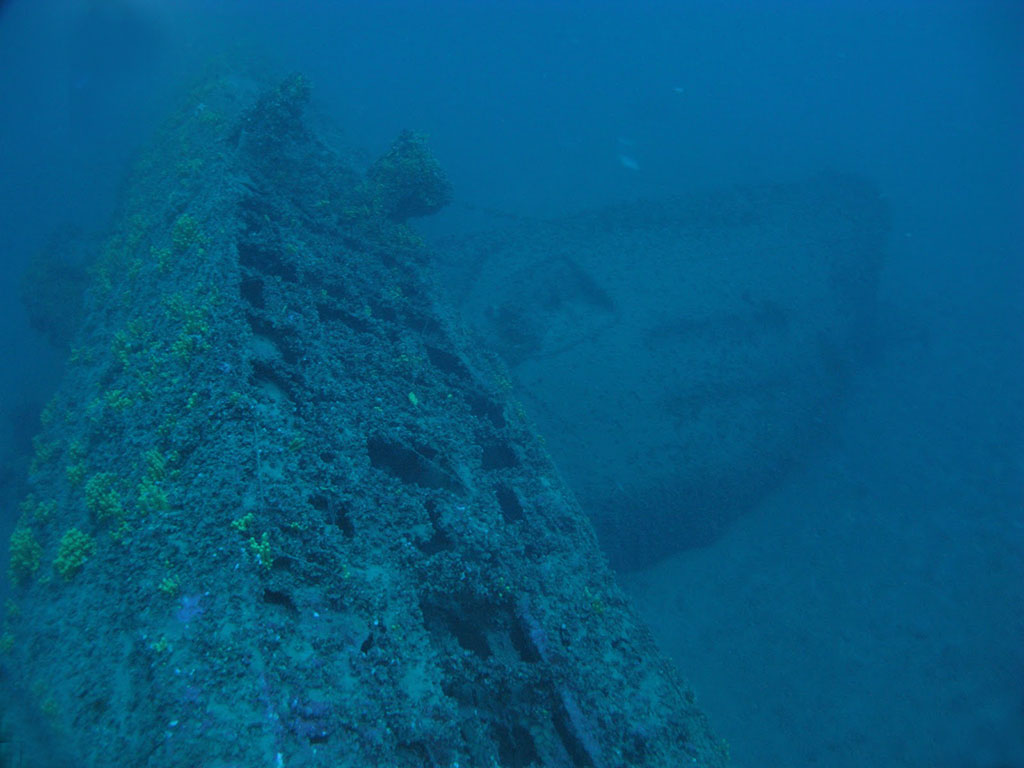 On March 14, 1942, the U-133 submarine launched from Salamis. It was loaded with 14 torpedoes and approximately 170 tons for a secret mission. As she sailed off Aegina, near Cape Tourlos, an explosion was heard as smoke was rising into the sky. The U-133 hit a mine and sank with the whole crew in a matter of seconds. According to the official German version, the U-133 did not follow its prescribed course, so it entered the German minefield and hit a mine. However, historical research rejected this version and credited the sinking of the German submarine to one of the successes of the Greek Navy.
The U-133 submarine is located at the bottom of the Saronic Gulf. The submarine is at 78 meters deep and at the point where it is common for ships to cross the coast.
Diving in the wreck off Cape Tourlos of Aegina is extremely demanding and tedious, not only because of the depth of 78 meters where the wreck lies, but also because the visibility is limited and the sea currents are strong.