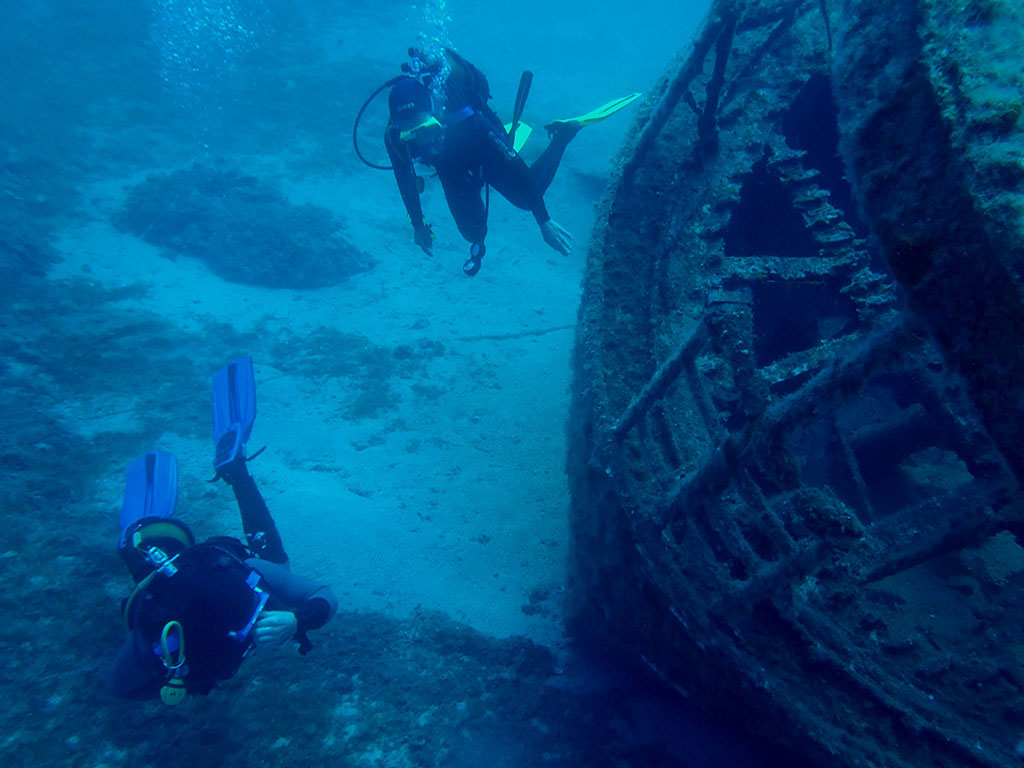 The passenger ship "Panormitis" was built in Norway in 1935, it was 218 tons, with a length of 33.6 meters and a width of 6.7 meters. It performed several dangerous sea voyages, for which it was distinguished and awarded by the Academy of Athens.

From 1961, after being bought by a Greek businessman, the ship entered the barren line and went up and down the Dodecanese. Its itineraries started from Rhodes and at the other end they reached the Pythagorion of Samos and reached as far as Kastelorizo. In addition to being a passenger, the ship was a mail carrier, carrying parcels and all the necessary products for the islands to live.

On the morning of January 26, 1966, Panormitis left Leros to Kalymnos, with 15 crew members and 28 passengers. The ship, as it was passing through Glaronisia on the island of Telendos, just 500 meters from Kalymnos, went off its course, hit the bow on a reef, and within a few minutes most of it sank. Although the ship sank to the bottom of the sea, both the crew and the passengers were rescued by fishermen in the area.